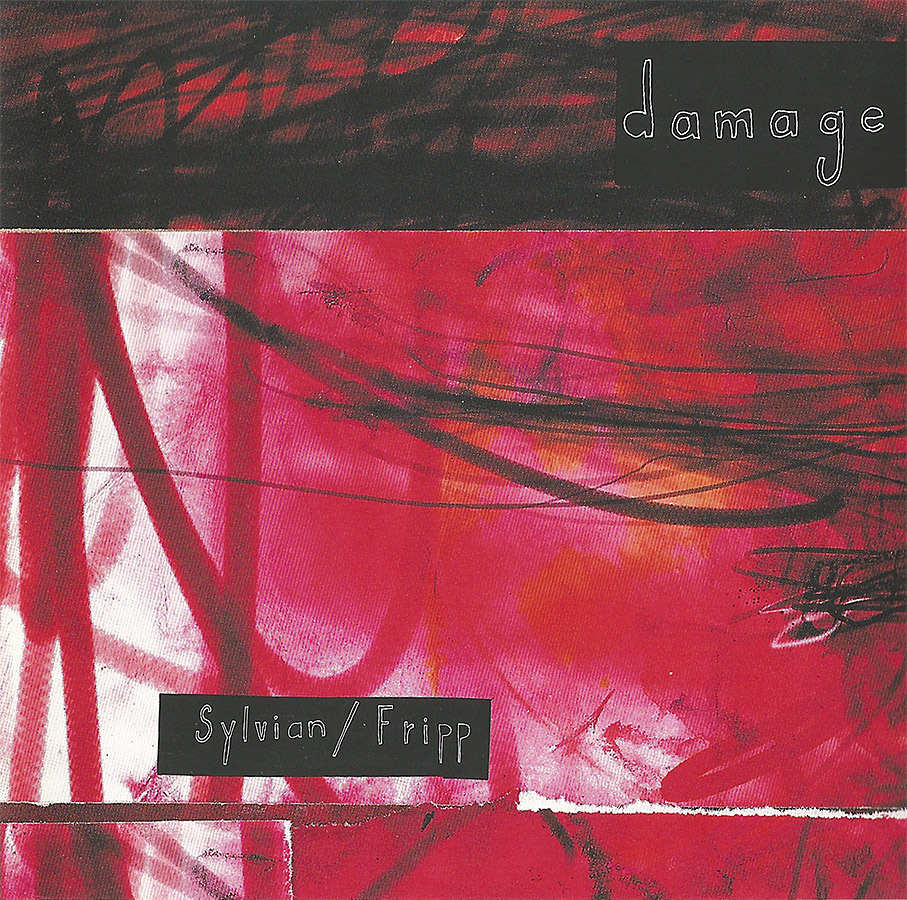 The 2001 re-issue of the Sylvian/Fripp live album

Recorded live London, December 1993. Live recordings engineered by Dave Kent. Produced, engineered and mixed by David Sylvian at Samachi Sound NH, USA May 2001. New artwork by Shinro Ohtake.
Every Colour You Are is now listed in the American way: Every Color You Are.

David replaced Darshan with Jean The Birdman, as he believed that this track would fit in better with the rest.

Japanese version is equal, except for the extra lyrics inlay sheet and obi.

In advance of his Autumn 2001 world tour, David Sylvian has decided to re-mix and re-issue the live album which he recorded during the Sylvian/Fripp tour of 1993.

The original version of Damage, released in 1994, was produced by Robert Fripp. Issued initially as a limited edition, the album sold out in a matter of weeks. Rather than just re-issue that version the new David Sylvian mix tells the story of the same concerts from the singer’s perspective. Sylvian has also decided to include Jean The Birdman, appearing on the album as an alternative to Darshan.

That substitution apart, the songs remain the same. However the alternative mix does provide a revealing insight as to how differently two musicians can view both their own and their shared material in a performance setting.

Released by Virgin Venture on September 10 with new artwork by Shinro Ohtake, the second coming of Damage has been auspiciously timed, coinciding as it does with a flurry of live activity from both David Sylvian and Robert Fripp. David Sylvian’s first tour since his Slow Fire tour in 1995 kicks off in Japan in September and winds up at The Olympia Theatre in Dublin on October 17th, following 2 shows at the Hammersmith Apollo in London on October 14th/15th.

Michael Brook – the 5th member of the group featured on Damage is now based in Los Angeles where he is currently working as a producer & soundtrack composer.

This new production of Damage triumphantly re-visits an inspired collaboration between 2 of Britain’s most innovative & influential musicians.

Every Colour You Are (Damage)