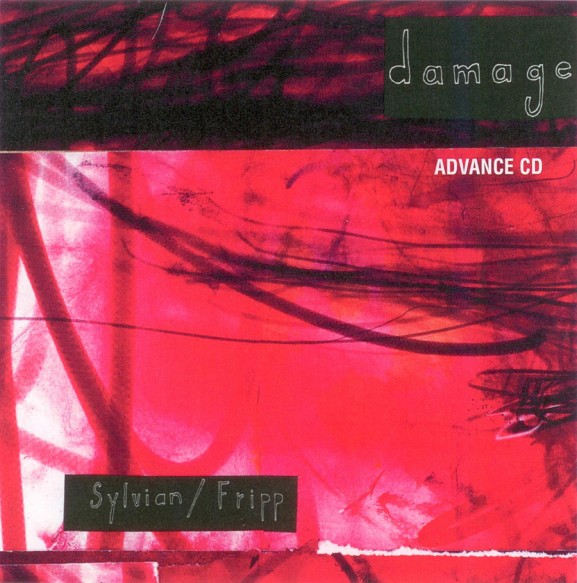 Finally, a promo with real artwork!

In the US they took the effort of releasing a Damage promo with single-sided artwork. Both, front and back has printed “ADVANCE CD” on it. Disc is a CDR, but has been printed with titles and catalogue number (release year: 2001 >sic<).

Recorded on the “Road to Graceland ’93” tour at London’s Albert Hall. This followed the release of the album The First Day and is considered by many to be superior to its studio counterpart. Originally mixed by Robert Fripp and released in September 1994 it was remixed by David in 2000 and released the following year. The band features Trey Gunn and Michael Brook.