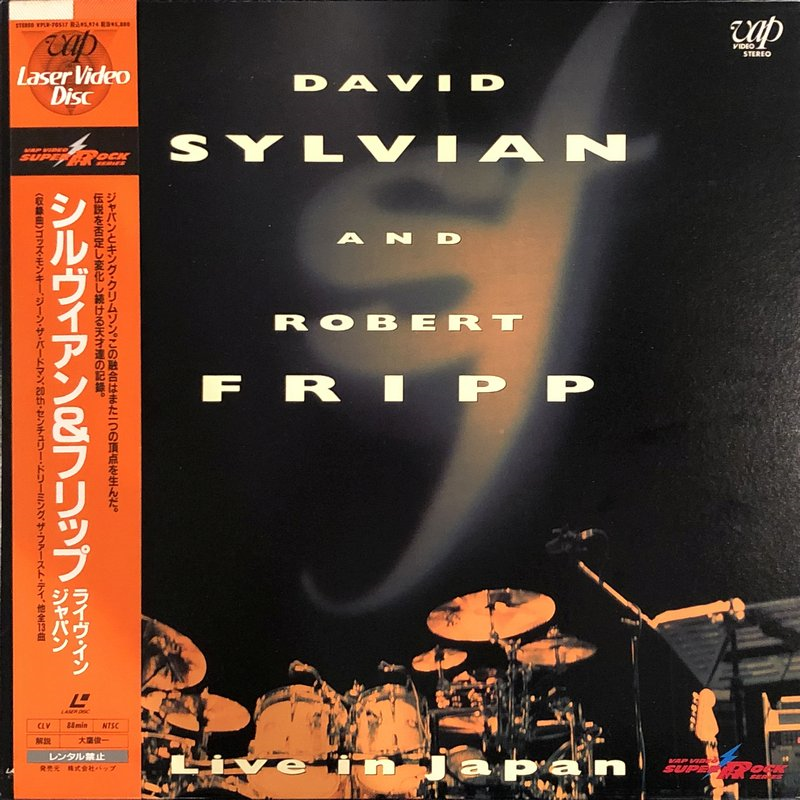 Japanese Laserdisc release of Sylvian & Fripp, Live in Japan on ‘The Road to Graceland’ Tour 1993.

Released in 1995 as part of the Vap Video Super Rock series.

12″ x 12″ black and white paper insert included with titles and tracklisting and commentary in Japanese.

Sound mixed by Seigen Ono (as mentioned by David Sylvian in interview).