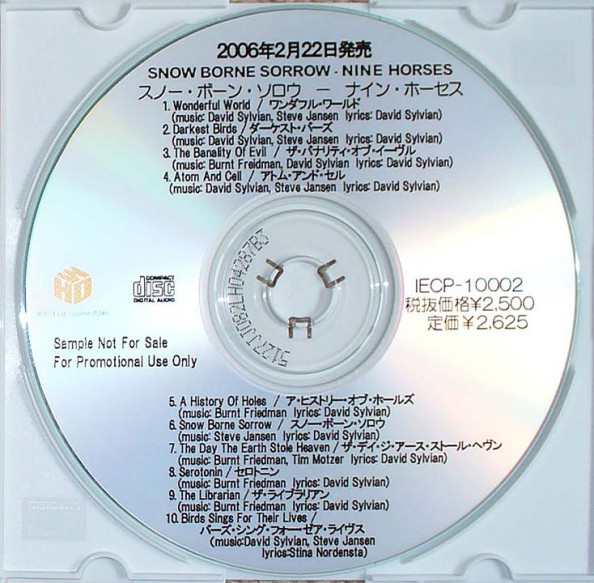 This promo CDR was probably distributed to radio stations as all credits are printed on the disc.

No artwork included, no inlay, just a printed CD-R in a slimcase box.

A big thanks to Simon Millar for the information and image.