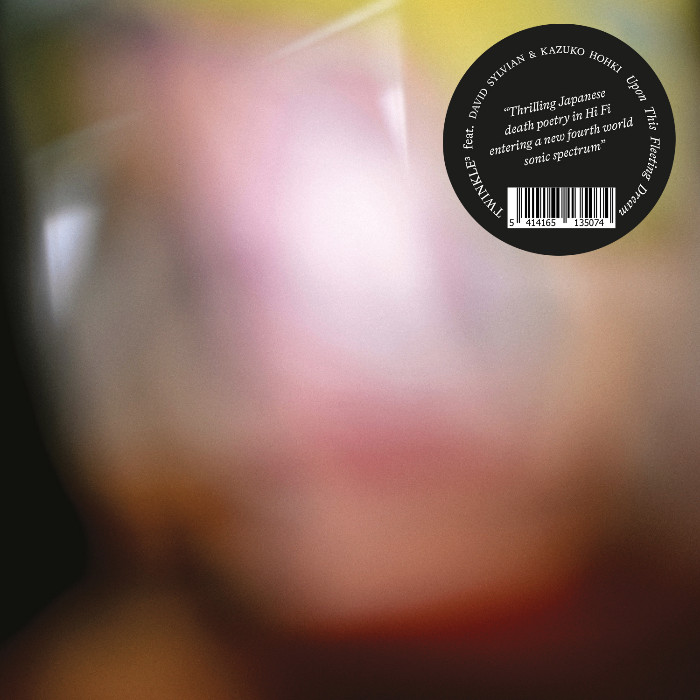 Upon This Fleeting Dream is a new release by Twinkle³ featuring David Sylvian & Kazuko Hohki.

Sylvian features on 7 of the 10 tracks reading short Japanese poems in English translation. Renditions of the poetry in the original Japanese are given by Kazuko Hohki.

‘On ‘Upon This Fleeting Dream’ Clive Bell’s Twinkle3 embraces medieval and 16th-century Japanese poems and haiku about death and saying farewell. Bell and his trio, consisting of Dave Ross and Richard Scott, expand their sonic borders: bringing these pithy epigrams to a new Fourth World where electro-acoustic sounds glitches into a hypnagogic, if not the unconscious level of fragile beauty.

The distinctive voice of David Sylvian (ex-singer of Japan and known for his highly acclaimed solo work (Brilliant Trees, Secrets of The Beehive, Blemish…) and collaborations with Ryuichi Sakamoto, Robert Fripp, Holger Czukay and Jon Hassell amongst others) – who reads the English version of the poems and created field recordings and the artwork for this album – blends in the most organic way with the shakuhachi, Thai reed flutes and mouth organs played by Clive Bell.

The narrative voices of David Sylvian and Kazuko Hohki’s (Frank Chickens, Kahondo Style…) velvet timbre are the cornerstones of this compelling journey while the tangling and abstract rhythms transcending from Dave Ross’ modular synths and Richard Scott’s sampler and analogue electronics, unravel and unfold a mesmerizing universe with unknown dimensions and frequencies of a fleeting dream.’

Special thanks to Yuka Fujii

1 3 Throughout The Frosty Night

Throughout The Frosty Night

My Coming, My Going

If I Leave No Trace

2 5 Empty-Handed I Entered The World, Barefoot I Leave It

Empty-Handed I Entered The World, Barefoot I Leave It