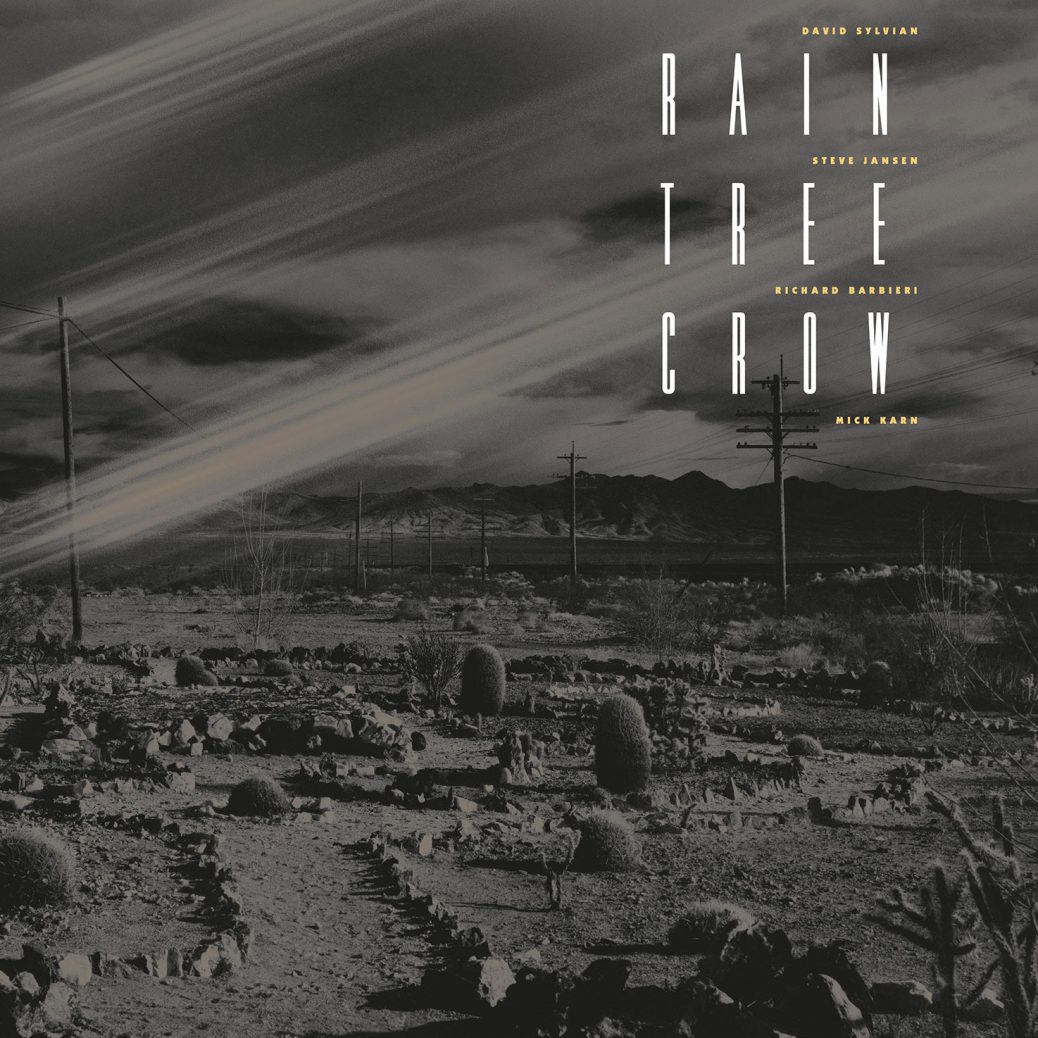 The cult classic 1991 album featuring David Sylvian, Steve Jansen, Richard Barbieri, and Mick Karn. Also features contributions from Bill Nelson, Phil Palmer, and Michael Brook. The majority of the material on this album was written as a result of group improvisations. There were no pre-rehearsals; the improvisation took place in the recording studio and much of the finished work contains original elements of those initial performances. “Rain Tree Crow” is pressed on 180gram vinyl and contains a Download Card.

On February, 22nd 2019, the following four David Sylvian albums spanning the period 1984 to 1987, were released on deluxe vinyl with new artwork by Chris Bigg.

Brilliant Trees (1LP Deluxe)
David Sylvian’s debut solo album from 1984 is to be released for the first time on 180gram vinyl. Featuring the singles “Red Guitar”, “The Ink in The Well” and “Pulling Punches”, the album is now housed in a gatefold sleeve with a printed inner bag and comes with a download card. David is joined on his debut album by a stellar cast including Holger Czukay, Jon Hassell, Kenny Wheeler, Mark Isham, Phil Palmer, Ryuichi Sakamoto, and Danny Thompson.

Alchemy – An Index of Possibilities (1LP Deluxe)
David Sylvian’s intermediary album, made up of two entirely separate projects from 1985, is to be released for the first time on 180gram vinyl. Featuring brand new artwork, the album includes rare photographs by Yuka Fujii, design by Chris Bigg, and a download card. David is joined on ‘Alchemy’ by Holger Czukay, Robert Fripp, Jon Hassell, Steve Jansen, Ryuichi Sakamoto, and Kenny Wheeler.

Secrets of The Beehive (1LP Deluxe)
David Sylvian’s third solo album from 1987 is to be released for the first time on 180gram vinyl. Including the singles “Orpheus” and “Let The Happiness In”, the album features new artwork based on Nigel Grierson’s original photographs, redesigned by Chris Bigg, housed in a gatefold sleeve with a printed inner bag and download card. David is joined on his 3rd solo album by Ryuichi Sakamoto, Mark Isham, Steve Jansen, Danny Thompson, and David Torn.

Support davidsylvian.net by ordering the albums on this site (buttons below).

On the subject of vinyl album artwork 2019: As the original art for my albums had been lost/destroyed on its journey from one label’s stewardship to another, I decided against scanning pristine copies of the original vinyl covers (as Universal did with the recent Japan reissues) and instead create a series that works as a ‘collection’ incorporating new photographic prints and design elements. With no budget, but access to Yuka’s archives and Chris’ design contributions, we feel we’ve created something beautifully expansive as will be evident once the set is seen in its entirety.

I was fortunate enough to have retained some of Nigel Grierson’s work for ‘Beehive’ and Shinya Fujiwara provided me with whatever was missing from my personal archive for RTC. GTE was always going to be the cover that’d prove most contentious to meddle with but I was never personally in awe of the original plus I wanted to keep the series in a uniform monochrome. Nevertheless, if the original artwork had been available for the entire catalogue, I’d have sat this one out. To be haunted by one’s past isn’t as edifying as it might appear (?) As it was, we (mr Bigg, Yuka, myself) attempted to create a series echoing /in-keeping with the recent ‘dead bees’ release. We went the extra mile to give something we felt was worthy of our collective effort. It goes without saying, if you own original copies of the albums and you don’t like the approach we’ve taken, you’ve nothing to get bent out of shape about. Feels odd to remind people that purchases aren’t mandatory. As the creator of this body of work I have a personal take on what feels right to me regarding its representation. Although I’m not personally nostalgic, I do generally respect the the bond people make between image and audio (this must surely be the goal of art & design in this context). I’ve attempted to offer something that feels both contemporary whilst being true to the period in question.

There’ll be no further involvement on my part in future reissues. Should Universal choose to release any of samadhisound’s catalogue on vinyl, and I’ve requested they do, we have the artwork in place as was. (I believe requests for CD reissues will fall on deaf ears as it’s a dying medium. It would perhaps be of greater interest if hi res files were made available of the entire catalogue. Decisions of this nature fall outside my purview). We poured time and energy into creating something that’s a limited run for a minority audience. I do hope some of you get to enjoy it. happy holidays … ds x