New Linoleum remix to be released! 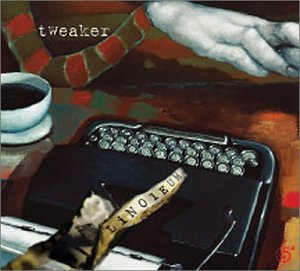 VRENNA has tapped industrial/electronic guru MARTIN ATKINS to remix the song Linoleum off the debut Chris Vrenna TWEAKER album The Attraction To All Things Uncertain. The Linoleum single features guest vocals from DAVID SYLVIAN. According to the management of Chris Vrenna, the new version of Linoleum will probably released on a 7″ single. Further info from the tweaker.net forum: MARTIN ATKINS is best known as the founder of the Invisible label, and as the mastermind behind the PIGFACE collective. Atkins is also famed for his appearances on albums including Nine Inch Nails ‘Broken’, Ministry In Case You Didn’t Feel Like Showing Up as well as numerous albums with Public Image LTD. VRENNA is recognized as one of the top producer / composers in the music world, having worked with a ‘who’s who’ of artists such as U2 for Lara Croft : Tomb Raider, P.O.D. for The Scorpion King, Drowning Pool and Gavin Rossdale for xXx, as well as artists including Cold, Nelly Furtado, Weezer, Xzibit and Rob Zombie. In addition to being one of the founders of Nine Inch Nails, Vrenna is also recognized for his current recording incarnation known as TWEAKER. The follow up TWEAKER album, titled 2am Wakeup Call is slated for release in early 2004 on the Waxploitation / iMUSIC label.