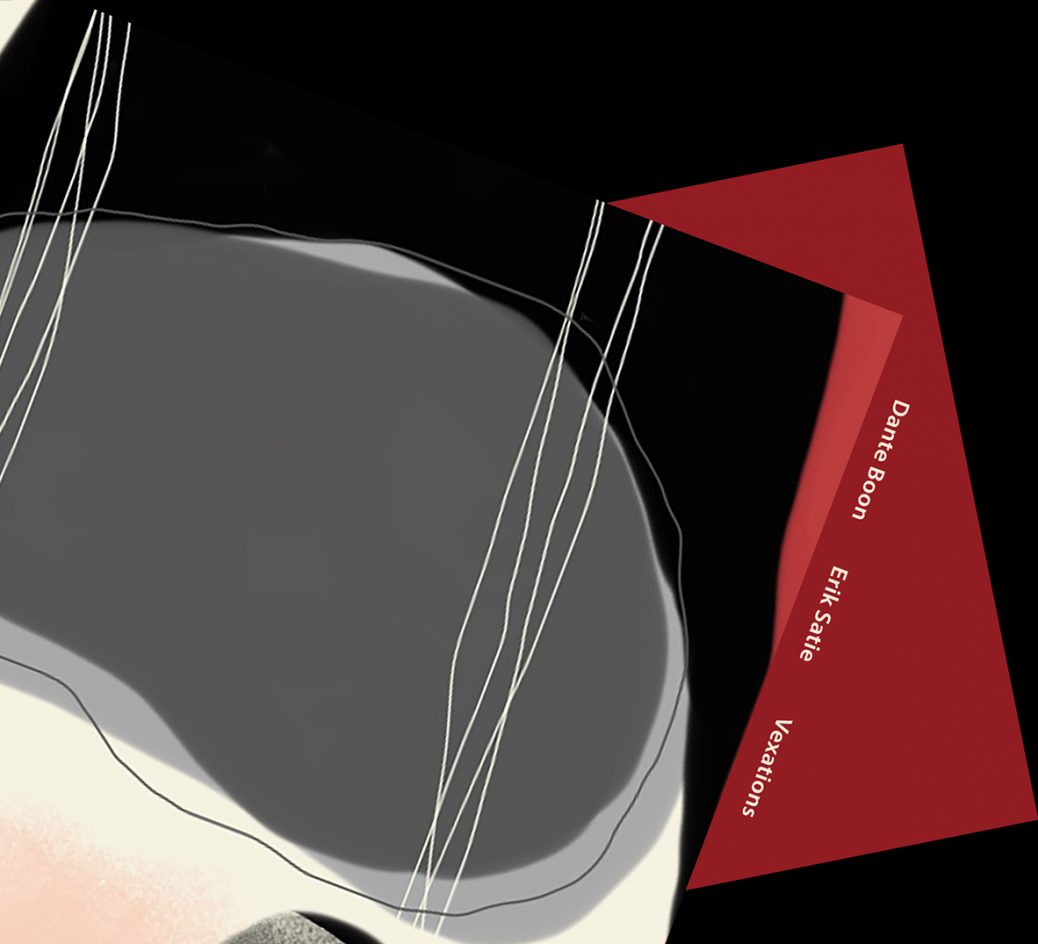 A planned cd release with artwork by David Sylvian has now been cancelled.

‘Happy to reveal the final cover design of Dante Boon – Erik Satie: Vexations (elsewhere 012-3) on the occasion of Satie’s 154th birthday. Preorders will begin in June, CD available in July.

This was to have been the latest in a number of sleeve designs that Sylvian has provided for the label. However, the release will not now be happening.