When We Return You Won’t Recognise Us, Las Palmas, Canary Islands, 2009 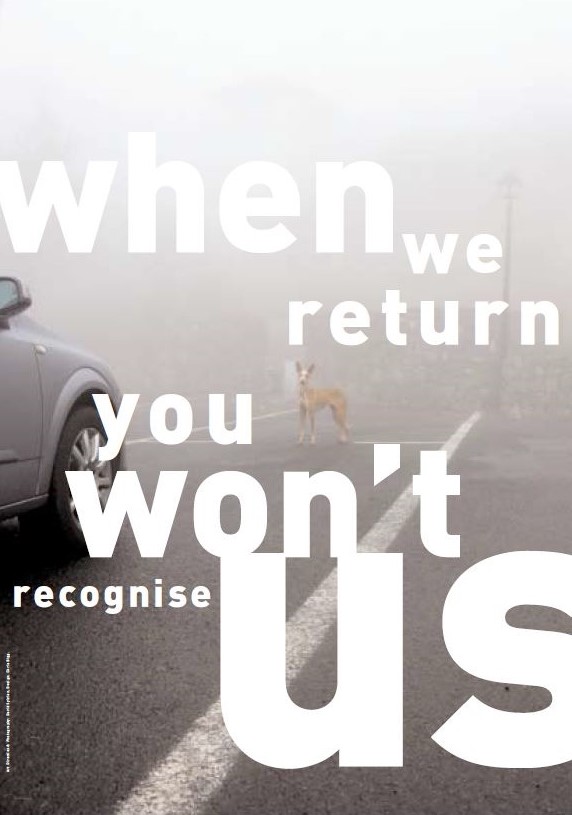 David Sylvian contributed the sound installation ‘When We Return You Won’t Recognise Us’ to the Second Architecture, Art and Landscape Biennial of the Canaries in 2009.

The installation took place at the Centro Atlántico de Arte Moderno (CAAM, or the Atlantic Centre of Modern Art) in Las Palmas, from 5 March to 3 May 2009. The overall theme of the Biennial was ‘Silencio’ – silence.

‘A work of this nature starts with a visit to the location to absorb something of the spirit of the place, the landscape and its inhabitants. If I’m fortunate, an intuitive connection is made from which the work will evolve. It’s from this point that a path of inquiry is suggested and pursued. Two images stayed foremost in my mind following my first visit to Gran Canaria. One, of a hunting dog, which I photographed as it prowled nervously, cautiously, seemingly wild, around a car park high in the mountains above Las Palmas. The other; the way the sunlight played from sunrise to sunset, on what was at one time considered, by the aborigines of the island, to be the holy mountain of Ajódar, and which is now commonly referred to as Gáldar mountain. With these images came impressions of a powerful sense of place, of what it means to belong to the land, to feel rooted in it, to appropriate it or, alternately, to be exiled, displaced. There are many peoples of the world who believe they’ll be reborn in their homeland when their current lives end. In such instances the marriage of self to place takes on broader ramifications, metaphysical dimensions. I wondered if I’d find something in my research of the island’s early inhabitants that might echo a philosophy of this kind.

‘When I started my research on the Guanches I was disappointed to find that there was relatively little information to go on. With the exception of a few outstanding characteristics, their footprints appeared all but erased with the passage of time. One detail I came across did strike me as fascinating. Despite the continuous changes suffered by the population, aboriginal mtDNA [direct maternal] lineages constitute 42 – 73% of the Canarian gene pool. The intersection I’d been hoping to find where seemingly independent lines of inquiry might cross appeared to me in the connection between the physical or scientific reality of the biological make up, the links to lineage (genetic genealogy), location and, to move beyond the realm of science into intuitive logic, the interior life of a community or people. An implied cultural heritage, a plausible continuum where, on first glance, there appeared to be none.

‘‘From here I developed working guidelines for a predominantly improvised piece of music. There were compositional elements involved but they allowed for a significant degree of indeterminacy. I supplied references for the musicians of both a musical and non-musical nature. How they interpreted these and brought the information into play (or otherwise) on the day was unique to each performer. We recorded four takes of the improvisation, each based on the same identical guidelines. We ended up with three markedly different pieces that varied in colour, density and dynamics. As the day wore on the improvisations became more refined and it was from these that I selected the final work. The recording was edited and then mixed in 5.1 surround.’

An edited version of the piece was subsequently released as the second disc on the Died in the Wool album in 2011.

Read more about the installation and the music in a blog article here.

Selected pages from the Biennial Catalogue can be seen below.