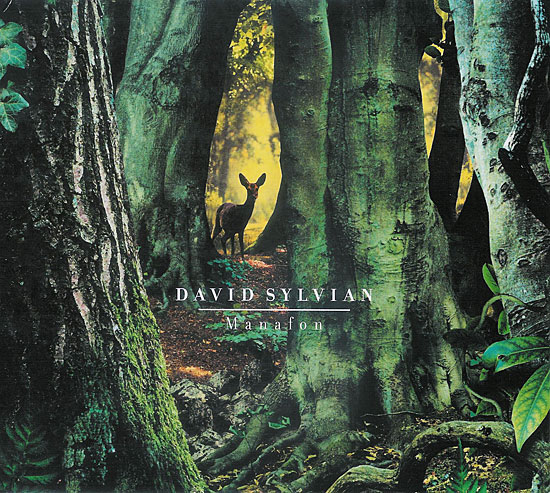 Original sessions recorded between 2004-2007
Produced, engineered and mixed by David Sylvian at Samadhisound 2008

David Sylvian is a man apart. In a thirty-year career that spans the New Romantic movement, ambient works and progressive rock, and mature and esoteric pop, Sylvian has tested popular styles and bent them to his own vision. But the 00s have seen a more extreme side of his work. While 2003s ‘Blemish’ startled long-time fans with its emotional rigour, Sylvian has taken the next step with ‘Manafon’ (his first solo album in 6 years) a work of nuance and stern musicality, that is also intriguing, suspenseful, and horribly beautiful.

On ‘Manafon’, Sylvian pursues “a completely modern kind of chamber music. Intimate, dynamic, emotive, democratic, economical”. In sessions in London, Vienna, and Tokyo, Sylvian assembled the worlds leading improvisers and innovators, artists who explore free improvisation, space-specific performance, and live electronics. From Evan Parker and Keith Rowe, to Fennesz and members of Polwechsel, to Sachiko M and Otomo Yoshihide, the musicians provide both a backdrop and a counterweight to his own vocal performances which, minus one instrumental, are nakedly the center of each piece.

Sylvians voice has never been so dominant or so striking, and his resonant tenor and deliberate vibrato captivate the listener from the start of ‘Small Metal Gods’. “Its like a one-man monologue in which every change of light and backdrop is crucial to the carrying of the central performance. Its an ensemble work even though there is a central performance”.

Intuition drew Sylvian to these pieces and these players, and the surprises they bring: a cello visiting like a warm hand on a forehead, the unpredictable use of unadulterated sine waves, the brassy path of Evan Parkers soprano sax solo. ‘Manafon’ has a forbidding core, but aesthetically, each piece is an engrossing discovery.

Presented as ever in a beautiful digipak featuring exquisite artwork from Ruud Van Empel and designed by Chris Bigg.

1 8 The Department Of Dead Letters