Home Articles and Interviews Online A Solitary Life (May 2011) 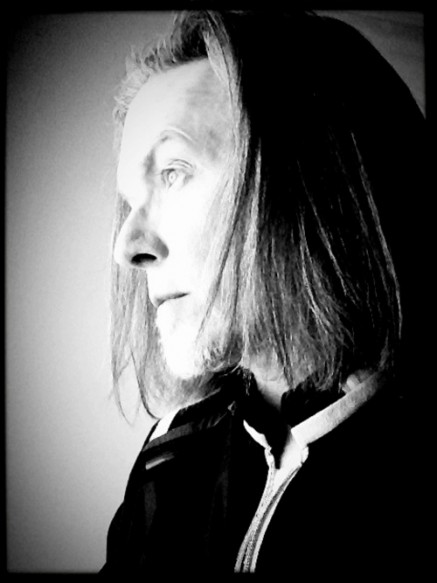 Unknow author. Published on the official site in May 2011

Is It hard to avoid public life as an artist?

Well, on the one hand its impossible to avoid to some extent because its important to let the world know that the work exists so a certain amount of exposure seems inevitable. On the other, with so much emphasis increasingly placed on electronic media and communications, its possible to remain somewhat concealed whilst taking care of the business of publicity and promotion. This is an evolution that greatly suits many an artist, myself included.

You seems to live a quiet life?

I do. After I moved to the US we found ourselves, as an expanding family, increasingly moving away from the center of things. We started out in cities and, as we travelled around the country, moving from middle America to the West Coast and finally to the East, we found ourselves more and more isolated. Its something we acclimatised to incrementally. Initially we were never that far from a major city that we couldnt fulfill our cultural needs but as times gone on those needs have diminished and greater isolation ensued. The internet became a means of staying in touch with the world around us. I think this notion of ones culture being what one finds on ones doorstep no longer holds sway. Were now, in large part, global citizens and continue to absorb aspects of culture and news from around the world. Much of the work I do is with individuals from all over. We speak via electronic media and exchange files in much the same way when working together. This flexibility, this immediacy and availability in our interactions is something that will only increase with time and the development of more capable technologies.

Are you a person that attends football matches?

Im afraid Ive no interest in sport although, having said that, my daughter took up basketball last season and I was throughly gripped watching her games. A good friend took me to some Dodgers games in LA. I dont think theres any danger of an abiding interest on my part but I found the experience fascinating and pleasurable.

A lot of people find your music very dark, I on the other hand find the music simply beautiful, are you a melancholy as a person?

Ive never really warmed to the term melancholy. Some might apply it to me I suppose but maybe theyd be surprised by how easily I laugh? How much of my interaction with my children is based on a shared sense of humour etc. Im not subject to violent mood swings although theyre not
unfamiliar to me, but there are certainly lighter sides to my personality that balance the darker which Im more likely to keep to myself.

My impression is that you like to spend time alone with yourself, thinking and try to get to learn more about yourself, am I totally wrong?

I do spend a lot of time alone. Most of the time this is a welcome isolation, sometimes the isolation can become overly intense and lead to loneliness. Much is dependent upon a healthy body and state of mind. I do enjoy the company of loved ones but I have a limited capacity where
the company of others is concerned. They say there are two kinds of people, ones that fuel their internal batteries by being in the company of others and a second group who fuel those batteries by being alone. I belong to the latter camp. On a busy schdule, as little as 15mins alone can recharge me for the remainder of the day ahead.

What makes you laugh?

I guess I would say the British sense of self-deprecating humour. Quick-wittedness. Word play. Good company. Time spent in the company of my daughters.

What would you say inspires you? Japan had hit singles, do you miss the chart success?

Are there such things as charts any longer? Im afraid I dont keep abreast. Do I miss chart success? Not in the least. Inspiration comes from many sources, mainly from the experience of ones own life, ones own psychological and emotional life, plus the writings and recordings of a small number of artists perhaps. But what makes a work authentic is its emotional and philosophical truth so whatever one feeds on, in the cultrual sense, must be fully digested to the point where one isnt able to recognise the influence in ones own work, that it becomes part of ones own vocabulary.

When you compose are you avoiding some music that comes to you, say If there was a huge hit in your mind, would you release the song or do you erase the inspiration for it?

Thats not the way it works. I have aims and goals when writing and I move towards them. The chances that Ill be knocked sideways by an idea for what might be a hit single is somewhat slim but it depends on the context of the project, who Im working with. In general I tend to think hit singles, if there are still such things, and chart success, is for a younger generation. It is their playground.

What fascinates you about improv music?

Ive been listening to improvised music for many decades. In those early years it was the pleasure of absorbing myself in the work of others completely divorced from my own in most respects, attempting to comprehend it. As time went on I became increasingly curious whether it was possible for me to (convincingly) dip my toe in that particular musical stream. It took me some time, a couple of decades perhaps, to work out how that might be possible. What drew me to it were the freedoms it potentially offered me as a composer.

What significance does the word Manafon have?

I came across the word in relation to the life and work of R. S. Thomas. It was the location of his first parish (a small village in Wales) and the place where he wrote his first three volumes of poetry. Over time the word became for me a metaphor for the poetic imagination, the creative mind or wellspring, hence the cover art of the cd Manafon which depicts an implausible idyll if you will. A place where the intuitive mind taps into the stream of the unconscious.

When do you compose, in the morning or at night?

Afternoon through to night.

You have worked with Stina Nordenstam, do you keep in touch with her?

Not often enough. Shes an enormously talented and remarkable individual. I greatly enjoyed working with her.

Any new collaboration with her planned?

Not at this time.

Can you give an example of how eastern culture has affected you as a human being?

I think it affected me in ways that have been so completely absorbed and assimilated that its hard for me to comprehend the degree to which I’ve been influenced by my engagement with eastern culture. I might point to the influence of zen buddhism and, to a lesser extent, shintoism and the guiding roles theyve played in my personal evolution. The beautiful artifice of popular culture and the mutability of persona. The embrace of ones masculinity and feminity on equal terms, without conflict. Then there are the friendships which grew overtime with Japanese artists, musicians, composers, all of whom hold an important place in my heart. Musicians and collaborators such as Ryuichi Sakamoto, Toru Takemitsu, Otomo Yoshihide, Toshimaru Nakamura and, more recently, Dai Fujikura. Visual artists such as Shinro Ohtake, Shinya Fujiwara and Atsushi Fukui. I found a compatible aesthetic in many aspects of their work, particularly with Ryuichi, which reflected my own. I found a community of contemporaries in Japan which I failed to find in my own homeland.

Would you say that you believe in spirituality and in religion?

Theres a strong anti-religious streak in me probably as a result of living in the US where religion attempts to play its part in the moral lives of its people regardless of faith or personal belief. Im wary of institutions of all kinds but particularly religious ones. Spirituality need have little to do with organised religion per se. To talk about spirituality is increasingly difficulty because the language, which was always somewhat inadequate, has been hijacked and unfortunate associations abound. We do need new terminology to enable us to discuss this issue more effectively. Spirit is essentially what we are, is as much a part of us as our flesh, blood, etc. only more so. We can tap into it in numerous ways. Some might find it best to work with or through organised religion. Others may find it in/through contact with the natural world and still others through their creative lives which are inextricably linked to matters of spirit. The number of diverse paths available that lead to access to, or the blossoming of, ones own spirit/spirtuality are countless.

Are you composing some new material at the moment?

Im working on what might be described as an orchestral version of Manafon.

When will you come to Sweden and play?

Id first have to decide that touring is an ongoing option for me and Ive not yet made that call.