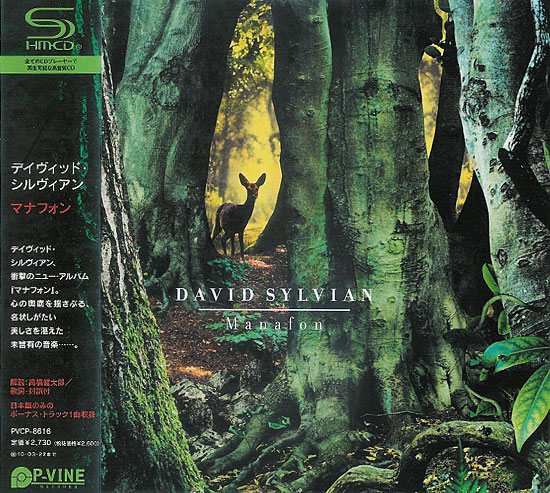 The copyright in these sound recordings is owned by David Sylvian under exclusive licence to Samadhisound IIc.

Presented in a 6 panel digipak featuring artwork by Ruud Van Empel, art direction by David Sylvian, designed by Chris Bigg. A big difference with the regular version is that the Japanese digi-pack is made of thicker carton. As the regular release, it comes with a credit sheet folded and inserted into the digipak itself. However, this release has a sheet which is adapted with information of the bonus track.

Also, there’s an extra booklet in the digipack with (as usual) Japanese credit notes and all the lyrics in English and in Japanese.

Original sessions recorded between 2004-2007
Produced, engineered and mixed by David Sylvian at Samadhisound 2008

This album is released in Japan as a SHM-CD. What’s the difference with a regular CD?
The high quality SHM-CD (Super High Material CD) format features enhanced audio quality through the use of a special polycarbonate plastic. Using a process developed by JVC and Universal Music Japan discovered through the joint companies’ research into LCD display manufacturing, SHM-CDs feature  mproved transparency on the data side of the disc, allowing for more accurate reading of CD data by the CD player laser head. SHM-CD format CDs are fully compatible with standard CD players.
Gallery
Tracklist
1 1 Small Metal Gods

1 8 The Department Of Dead Letters