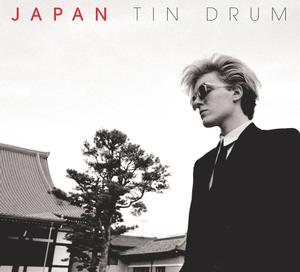 A web-ring featuring the (inactive) the-raft.com, nightporter.co.uk, fetafunk.com and davidsylvian.net has been lauched to promote the release of the forthcoming revisit to Japan’s catalogue on 15th September 2003 and the release of David Sylvian’s extraordinary solo work, remastered with extra special packaging, on 29 September 2003. Read further for all information about the remastered albums.

For the first time, the band members and the record company have go together to revisit four classic albums which have until this date, been kept in their original format. 15 September 2003 ‘Gentlemen Take Polaroids’ ‘Tin Drum’ ‘Oil On Canvas’ ‘Rain Tree Crow’ ‘Gentlemen Take Polaroids’, ‘Tin Drum’, ‘Oil On Canvas’ and Rain Tree Crow’s eponymously titled Japan ‘reformation’ album, are all to be remastered and lavishly repackaged to create a beautiful matching series. The albums are being repackaged with additional tracks, some of which are CD first-timers, and a plethora of rare photos by artistic legends such as Fin Costello (who documented the band from the very start of their career), the Douglas Brothers and Steve Jansen’s own personal pictures. This project has been a long time coming, and each release has been put together with hands-on artistic direction from Sylvian and Jansen. At last, one of the most intriguing, sophisticated and imaginative bands of the 80s are deservedly brought back to the fore. All tracks marked with * and in bold are extra tracks or changes made to original.

The main digipak will have original front and back cover of ‘Tin Drum’. The booklet will have alternative front and back cover from original ‘Tin Drum’ photo session plus 22 pages of photos by Fin Costello, Yuka Fujii and Steve Jansen. Gatefold single will have photos from ‘The Art of Parties’ single session. Clamshell box, booklet cover and main CD body will use 5 colour silver with non-standard grey gloss CD tray. This edition will be an absolute photographic treat for Japan fans.

Alchemy An Index Of Possibilities