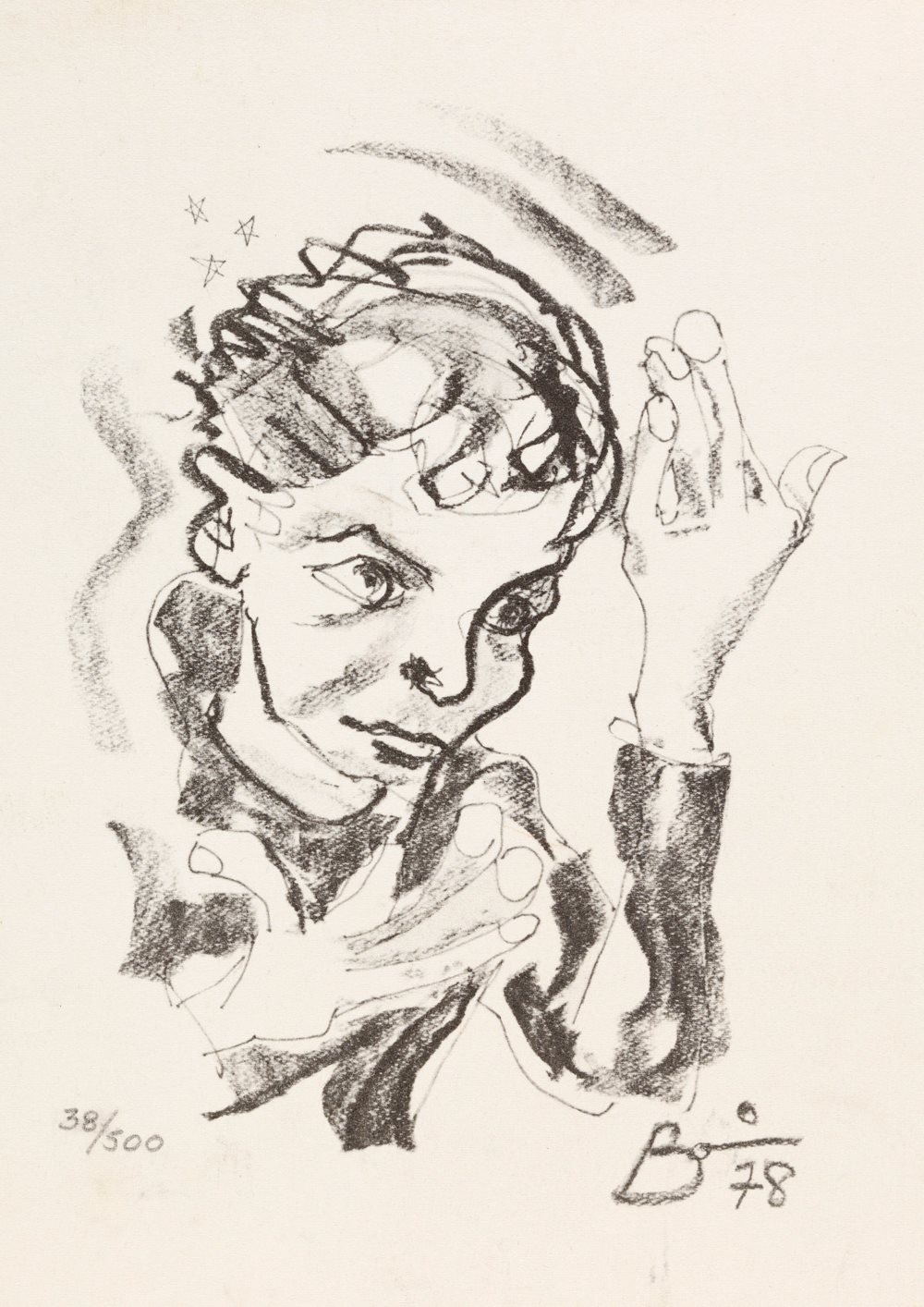 So much will be written over the coming months, decades, there’s little, if anything, to add. I’ll keep it brief. I was speaking with a friend recently about how, particularly those who grew out of the US punk era, created a classic album with their debut and how difficult that must be to live with but, to have created one classic album in a lifetime is more than enough. Bowie did much more than that. He changed the entire landscape of popular music and beyond. Who else managed to do that since the Beatles? Whom else since? Now that he was beyond any level of criticism it was as if he were about to throw caution to the wind and reach new levels of experimentation in his work. (I’m no expert. I’ve not heard a Bowie album in decades. No chastisement please, no recommendations). This is a significant loss. But Bowie’s status as legend is signed and sealed. At home with the stars, literally, metaphorically. My first thoughts were of David Jones the father and the loss this must be to his young family. Heart goes out to them. peace.

In the comments of this message:

On January 12th 2016 Eric Doyle wrote: does an occurence such as this inspire you to revisit the past at all?

David Sylvian: not at all. i’m neither nostalgic nor do i find it constructive to look back / reflect, quite the reverse really.

Eric Doyle: I admire that position but, also find it upsetting. I discovered your work just as you began to go solo. Loved the later band work and loved the early solo material. I found it more and more difficult to understand where you were going with your music and as much as I’d like to say I love it all, I do find some of it hard to get my head around (cue everyone giving me a hard time!). I will end my days wishing I’d seen you perform the pieces that I really loved but, it will never happen. I did see you in Glasgow with robert fripp and that will stay with me forever. There hundreds of thousands of us that would love to see you playing the early works. I don’t mean these comment negatively at all, its just that for 30 odd years ive been returning to music that i find really special and to know that the man who wrote them and performed them is still living in music but wont play them again sometimes makes me feel low. No bad comments from the fans please, I am a fan, have been for most of my life. I just miss the early material and get jealous when I hear of friends going to see bands that they loved and hearing the songs that make them smile.

David Sylvian:  no offence taken. i’ve got to move on eric. it’s a creative necessity for me or I’d stop making music entirely. this stand regarding my past is frequently misconstrued as a form of distancing, disownment, and/or dislike, but this is far from the case. what one does in any given period of one’s life, regarding work, or any other aspect, doesn’t necessarily resonate in the next. artists (lowercase) of all stripes should be allowed to mature and move on. we ask this of our writers, playwrights, auteurs, visual artists, and so on, but with music of all stripes we frequently ask for comfort, some form of nostalgia, to relive and recall moments we love(d), inspire(d) us. music and memory frequently overlapping. I get it. I personally don’t choose to listen back to all that I’ve learnt from or enjoyed in the past, nor to my own works. I’m not certain I’d ever tour again but, if I were to, there’s no telling what the content of such a tour would be. Much would depend on frame of mind and context.

Carl Franklin: You are an artist, David. Art isn’t about standing still or liking back or making people happy. Don’t stop innovating even if some of your works may leave people behind. I think in your own, quiet way you have broken so much ground and pioneered so much and I’m thankful for what you’ve given us. It’s been a wonderful part of my life for 37 years. Best wishes.

Eric Doyle @ Carl Franklin: Hi Carl, my point was coming purely from the perspective of someone standing in the audience and buying music from someone they admire because they like it. You say art isnt about making people happy….Im not sure I agree. Surely art is something you make for people to admire or critique, whether is physical or musical (?) If not, why is is sold with merchandise and websites and staff. If I make it for myself, its for me and nobody else gets to hear it, if I put it out there for people to buy, then they can comment. Gone to Earth means as much to me as my favourite pictures and films. I still look at the old pictures and watch the old films, not to be nostalgic or hang on to the past, but because I think they are great and they make me feel good. David Sylvians early work makes a lot of people feel good in that way, as does his new material. I just dont think there is anything wrong with the occasional look over the shoulder, or tug of the forelock, to the past, especially when the material is so good. I would travel around the world to hear tracks from ‘gone to earth’, ‘secrets of the beehive’, Alchemy, Brilliant Trees and so on. Would it be even better with some interpretations of Japan material? of course. Im not sure I would go to that effort for the latest material, does that make me less of a fan? Are you telling me that any David Sylvian fan wouldn’t love to hear him sing Methods of Dance, Red Guitar, Ain’t that peculiar? Its a good thing we can have these discussions. Ive been a fan for over 30 years and its rare you can have constructive debate as there aren’t many of us about!! All the best, Eric

David Sylvian @ Eric Doyle: An indirect response: art is an act of communication, an attempt to communicate something real, possibly of cultural significance to ‘now’ (yes, the failure rate is high but still the attempt, if not consciously, should be made). Art isn’t about pleasure unless you derive pleasure from the challenge to your own prejudices / biases / conceptions etc. see the comment posted below re: boulez and the resulting exchange. Music and memory have the good / mis-fortune, depending upon how you apply it in your life, to overlap. This often leads to a yearning for a repeat experience of that epiphanic moment of hearing a work for the first time (many are in constant search of this via work of a similar nature to that which gave them the ‘high’ in the first instance), a simple comforting pleasure of enjoying something you’ve always loved or liked, and/ or good old nostalgia. I fully recognize and appreciate that this is how many (most?) people listen to and derive pleasure from past work. The “feel good” element. I’d hope it’s obvious I’ve no disrespect for anyone that enjoys listening to music in this fashion, we’re all prone to using music in this way, one of its many diverse functions. But as one of the arts, music does have a higher function, a responsibility, to wake us from such easy options, to challenge our preconceptions, at least from time to time, or perhaps from particular artists from whom you’ve come to expect and desire that provocation or (dis)engagement. We respect this aspect in relation to most of the arts but many ask music be exempt from this responsibility because of personal attachment, because it most certainly can be comforting to tap into the known, the purely pleasurable. (ask modern classical composers how difficult it is to have their work heard / performed when someone such as Mozart still has the greater power to draw an audience). As someone who creates music (some might not even allow me to use that term in relation to recent releases) I can only pursue what interests me. This DOESN’T preclude the writing of songs in the traditional sense. Nine Horses is one such example and, although it’s primarily viewed as a compilation (only), Sleepwalkers collects many recent songs that were written concurrently with albums such as manafon. The argument that I, or people working in areas that fall outside of traditional songwriting, have abandoned melody, or some such notion, really don’t have the faintest idea what their talking about. It’s a lazy, knee jerk, reaction to something they’ll not give the necessary time required to access the more complex melodies and structures therein. There are others out there making a living off giving the public what’s wanted/expected of me. They imitate my voice to perfection and place it in a comforting context with tasteful concepts tacked on for bonus points. It’s an extension of bootlegging really in that they perceive a gap in the market and provide what’s missing. I’m not speaking of the young and impressionable, we were all that at one time, but older, cynical, practitioners who should know better. But it’s out there should you wish to find it. If I’m given the opportunity to work again, I’ll pursue both or all avenues of my work to date including traditional songwriting. They’re aspect of the same body of work, they fuel and inform one another. I can only give, in sincerity, what it is I care about and I care immensely about communicating something that I personally consider of greater importance (as i say, cultural significance is probably more than one can aspire to but it’s not a consideration when creating work, neither is a perceived audience as that, if you pause to think about it, is beyond patronising and certainly not conducive to the necessary notion of complete independence and liberty to pursue what is it that fascinates enough to produce the material ), above and beyond the given desires of an audience, not to undermine or dismay but in an attempt to give more than is asked. (requesting I write something in the vein of Beehive or anything other from the past, doesn’t pose a difficulty per se, it’s simply undesirable / unnecessary. They already exist and were of their time). If that’s not enough for most, I embrace the fact it’s not, there’s nothing more I can offer. as for live performance, that’s another subject entirely. thank you.

David Sylvian: when i was a kid of 18 in an empty private nightclub the evening of the shoot of the tv show with bolan. both were there.

Maria D S Wray: That might’ve been the last Bolan’s tv appearance just before his accident…maybe.

David Sylvian @ Maria D S Wray: it was a week before his passing as I remember it. could be wrong.