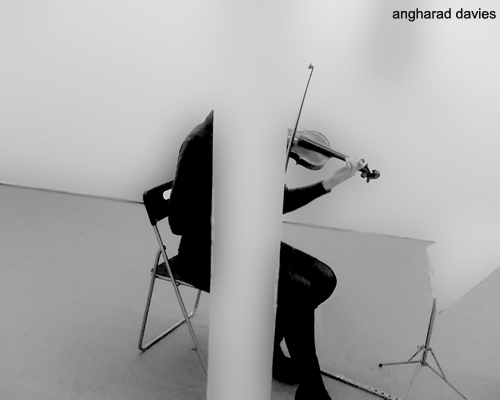 Angharad Davies has mentioned on her website that last month (7th – 13th December 2015) she and an interesting array of musicians were recording with David Sylvian. Skogen is the name of the group – including Toshimaru Nakamura who appeared on Manafon.

Angharad Davies is a violinist, one at ease in both improvising and composition, with a wide discography as part of varied range of ensembles and groups. She’s a specialist in the art of ‘preparing’ her violin, adding objects or materials to it to extend its sound making properties. Her sensitivity to the sonic possibilities of musical situations and attentiveness to their shape and direction make her one of contemporary music’s most fascinating figures. 2015 has seen her being commissioned for a new work at the Counterflows Festival, Glasgow and premiering Eliane Radigueâ€™s new solo for violin, Occam XXII at the El Nicho Festival, Mexico.

This news was provided by silentwings on japansylvian.com

To get an impression f her work, take a look at this video.