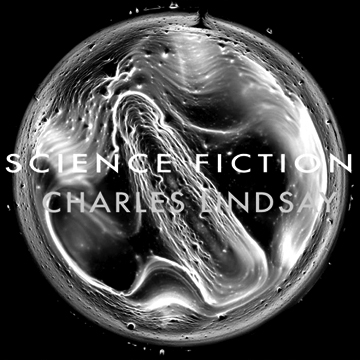 Charles Lindsay, who provided the artwork for the Camphor album, presents on his personal Vimeo page HD videos from the Carbon project. Two of these videos are the same as released on the SamadhiSound site back in 2005 as Science Fiction 1/2 with music by David Sylvian and Steve Jansen.

The project Science Fiction (or Carbon) consists of camera-less photographs, installations and videos and was of interest because the first two videos features original sound created by David and Steve and has been shown at two venues in the U.S. According to Charles, the music was written specifically for these videos.

Only 25 sets of these videos on DVD plus a silver gelatin print were offered at these venues. Officially, it is said that one of these tracks is Mothlight.

CARBON is a creation of fictitious worlds, drawing on my interest in the aesthetics of space exploration, microscopic discovery and abstract symbols. I am intrigued by the idea that so much of our expanding scientific knowledge is based on images from beyond our body’s normal scope of vision. I am also interested in the challenge and implications of comprehending our relative scale within the universe.

These ‘photographs’ are made from negatives which utilize a carbon emulsion on a transparent base – the result of my experiments and manipulation. Numerous generations in the fluid’s history create minute evaporation trails, rendering an archeology of time.

Both the stills and videos are generated from extremely high resolution digital scans of the drawn negatives. I am also applying this data to 3D topographic motion programs and producing electronic sound pieces in response to the imagery. A new HD video is being presented this year, part of what will become a larger piece with surround sound.

The CARBON sound pieces are derived from all manner of field recordings which I gather including humpback whales, grizzly bear, mountain lion, howler monkeys, tropical song birds, avalanches, surf and make-shift percussion played on anything that makes a sound! These are then processed via software and through a number of hardware devices including an Eventide H8000, Elysia M-Pressor and a one of a kind analog processing device called the Ark – built by Dan Snazelle.

BIG Thanks to David Sylvian + Steve Jansen who composed the sound for the initial two Carbon videos.

Play the videos and go to Charles Lindsays site.
Share this
0 Be the first to like this
Related Articles