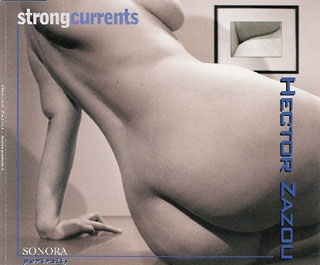 The CD is packed in a slipcase featuring a 94-page booklet with discography and an interview with Hector Zazou. In this interview he tells his side of the story about the omission of the tracks To A Reason and Victim Of Stars on the final version of Sahara Blue. (see below for the text taken from the interview).

Hector Zazou: “It was once again Jacques Pasquier who had the idea of setting to music Rimbaud’s poems: he had asked me to compose something for the 100th anniversary of Rimbaud’s death, which was being celebrated at the Grande Halle of La Villette. It had to be a kind of ambient music for an event that lasted 24 hours. I suggested a collaborative work between Sakamoto, Sylvian, Laurie Anderson and myself. I can’t remember exactly why Laurie Anderson didn’t take part in the project. We went in the studio and came up with a work in progress, and Jacques wanted to finalize it on record. The other guests came later, gradually, as Jacques was able to find the money to pay them. There was no serious problem or misunderstanding with any of these people. Even with David Sylvian, who didn’t want the songs he sang to be included in the final version of Sahara Blue (there is another version in which he sings on two tracks). He never explained his reasons for refusing, and this hurt me; but time has passed and we are in touch again now”.