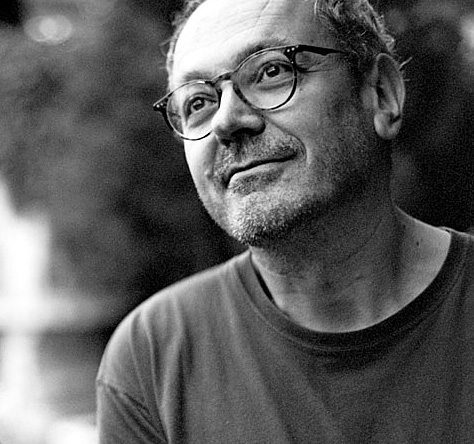 Hector Zazou is one of the most innovative and unpredictable of French composers, as the versatility of his career demonstrates: rock music (the Barricades band), French impressionist music (the ZNR duo) or traditional African music (three albums with Bony Bikaye). Whether for string quartet, wind instruments, classical voices or synthesizers, all his compostions illustrate his passion for unexpected inventions.

The album Sahara Blue (1992) is a tribute to the French poet Arthur Rimbaud, with Grard Depardieu , David Sylvian, Bill Laswell, Khaled, Dead Can Dance, among other guests.

With Songs From The Cold Seas (1995), inspired by the folk musical traditions of the Northern Hemisphere, Hector Zazou invited the best-known local singers like Vrttina, Tokiko Kako, Vimme Saari, Inuits and Shamans, to sing with Suzanne Vega, Bjrk, Jane Siberry and Siouxsie Sioux, among others.

Next came Strong Currents (2003) an acoustic collection of songs that was the fruit of several years work (with Jane Birkin, Lisa Germano, Laurie Anderson, etc.)

Quadri{+}Chromies (2006) with its almost contemporary tones, is the result of a two-year collaboration with the painter Bernard Caillaud. The musician lets the colours be heard and the painter, the sounds be seen.

This amazingly rich and eclectic career brings to light the pioneering aspect of Zazous unique approach and confirms his position in the foreground of the world music scene. But his work is not limited to studio work. In 2003, he wrote an extremely powerful score for Carl-Theodor Dreyers La Passion de Jeanne dArc. Some months later, he created an original soundtrack for Robert Flahertys documentary Nanouk of the North (both commissioned by the Forum des Images in Paris.)

Hector Zazou has proven himself as a creative force behind several unusual projects and a unique musical arranger and director often called upon for his constant capacity for innovation.
He has been commissioned to write pieces for everything from string quartets (like the Balanescu Quartet) to contemporary dance performances, and was even tapped to compose the music for the opening night festivities of the 1998 Worlds Cup.

Hector Zazous inventiveness as a producer has also been put to the service of other musicians. To name but a few of the numerous artists he has produced, are the Tibetan singer Yung Chen Lhamo (on the Real World label), the Galician bagpipes player Carlos Nunez, two albums of music from Uzbekistan, including Yol Bolsin with the singer Sevara Nazarkhan (once again for Peter Gabriels label) and the Italian group PGR (Universal) whose album, produced by Hector Zazou, was hailed by Italys music press as a masterpiece.

Swara is a new take on world music and welcome us into a subtle and poetic world in the form of a hall of mirrors in which sounds bounce on the walls and endlessly echo from one wall to the other.

The album entitled In The House Of Mirrors, in which he offered a new take on classical Asian music,subty reprocessed with a nod to some of the music produced in the ’70s by Terry Riley and Fripp & Eno. In The House of Mirrors was recorded in Mumbai with the collaboration of four outstanding instrumentalists from India and Uzbekistan, as well as guests such as Diego Amador and Nils Petter Molvaer. This album came out only a few weeks following his untimely death in September 2008

The very last album by Hector Zazou will be released in december 2012: THE ARCH where music meets the world
Released on Elen Music by EVA QUARTET & HECTOR ZAZOU (produced by Dimiter Panev and Hector Zazou).
David Sylvian tried to be part of the project, but for unknown reasons he didn’t make it on the final album.

The Arch is one of the most outstanding recordings and biggest projects in the history of World Music, featuring more than 50 musicians from 14  different countries.  The Swan song of the French musical magician Hector Zazou is a project together with the exceptional Bulgarian voices of Eva Quartet (part of the world famous choir Le Mystere Des Voix Bulgares) with the special participation of musicians from different genres and fields of music.

One producer of The Arch is Dimiter Panev founder and director of the Bulgarian-German label and booking agency Elen Music a 15-year-old company working with musicians from Bulgaria as well as other different countries. Dimiter Panev is also known as the producer of the CD Ivo Papasov, which got the 2005 BBC Music Award.
For three years Hector Zazou and Dimiter Panev travelled together a lot, communicated with musicians from all over the world, exchanged opinions,
ideas, thoughts. It was a very long, yet creative way – The Arch. They went through the sophisticated and long process of creating this unique project – all the guest musicians were recorded in several studio sessions and many more improvised recordings on three continents.

Of course, there are also many guests from Bulgaria the contemporary composer and brilliant pianist Antoni Donchev, the male voices of  Dvuglas Milen Ivanov and Daniel Spasov, Sofia String Quartet, the creative project Diva Reka featuring the masterly kaval player Kostadin Genchev and tambura player Dimiter Hristov and many more.
The Arch is mixed and mastered by Peter Walsh a sound engineer who has worked together with many musicians from the Spandau Ballet and Stevie Wonder to Peter Gabriel and Pulp.