Joan As Police Woman – To Survive 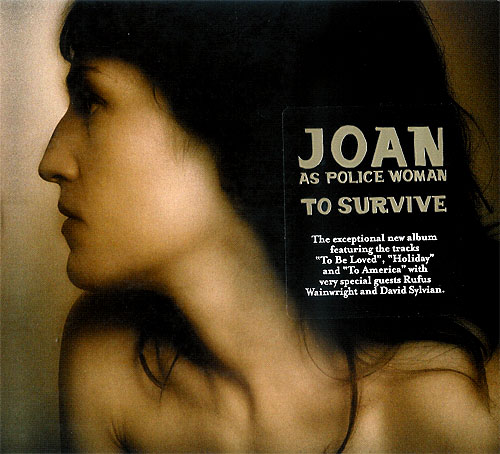 To Survive is available through Reveal Records as a CD, download and a LP version which also comes with a bonus CD.

The beautiful digi-pack contains a poster with all credits and lyrics.

No Question (featuring David Sylvian)
Take Me
Radish (To Be Free

Remarkable is that the Japanses version uses the standard digi-pack packaging, with all standard label numbers but has replaced the disc and added the obi and Japanese inlay (lyrics in Japanese only). Only the obi shows the Japanese catalogue number.