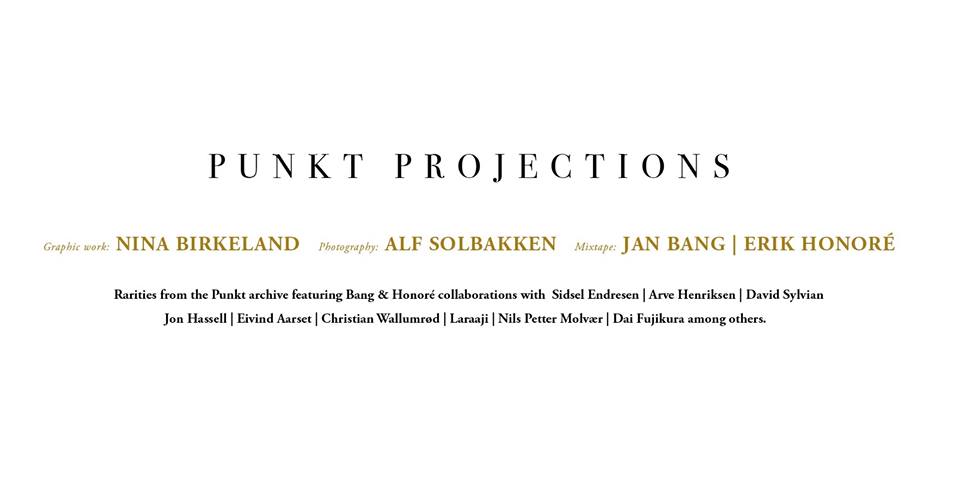 A number of unreleased mixes of David Sylvian tracks are being unveiled as part of the programme at Punkt 2019.

For details of the Punkt 2019 programme – which also includes the premiere of Yuka Fujii’s film ‘Like Planets’ with soundtrack by Mark Wastell featuring David Sylvian – click here.

The unveiling of a number of unreleased mixes of collaborations between David Sylvian and Erik Honoré/Jan Bang never happened!
Erik Honoré noted:

We removed all Sylvian related material before the Punkt Projections exhibition was set up at the festival, as there was some confusion regarding “unreleased mixes”. So the information on this page is not correct.
No Sylvian material at all was played at the projection, and that of course means that we also removed all references to him in posters etc.

This was supposed to be part of the Punkt Projections, an installation to mark 15 years of Punkt. So, the original announcement of the tracklist on this page was misleading. This fansite is only referencing the unreleased mixes that were advertised but not ultimately used.

A reason for removing the mixes from the exhibition tape was not given.