Japan – ‘A Foreign Place’ – The Biography 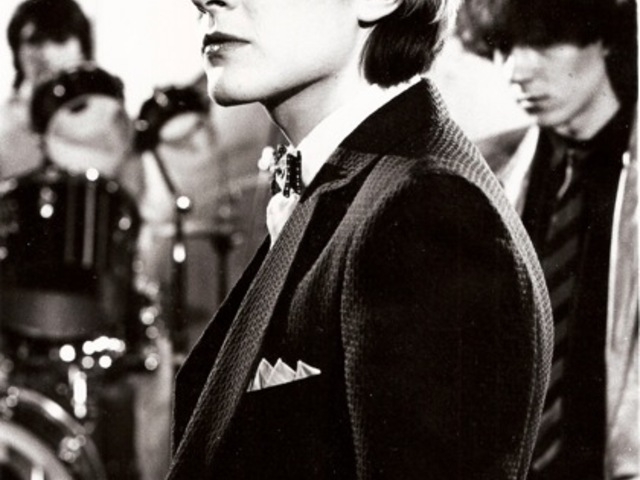 Anthony Reynolds is going to write a brand new biography of Japan (period 1974 – 1984) but only if he raises enough money to finish it in it’s final form.

The project will be funded through Kickstarter. Pledge now! You can spend any amount you’d like and be sure to recieve a copy when it’s finished.

Anthony is the author of three biographies and various articles.Check out this link on anthonyreynolds.com for more information.

I’ve been a fan of Japan and all the solo work that entails, since I was a teenager.  (See Photo)!

I’m as obsessed with the music today as I was back in the 80’s.  (The internet has no doubt helped).

I’ve had three biographies published so far.  (See ‘about me’). I have already interviewed Sylvian, Karn, Dean and Barbieri for my website and for an article on the seminal ‘Polaroids’ album.  If I could afford to, I’d write this book for fun.  But part of how I make my living is by writing biographies.

I’ve run the idea of writing a Japan biography past my agent and several publishers but for commercial reasons, they are not interested.

I think it’s plain wrong that there is no decent, well researched and  comprehensive book available on this unique, magical group.  I sorely want to read one.  And so do you.  For us to do so, I’ll write the darned thing.

And will Love doing so.

The period covered will be between 1974 and 1984.  Obviously, Japan split in 1982 but I feel it was only from ’84 onwards that the Ex-members began to truly leave Japan behind.  The epilogue will deal with Rain Tree Crow.

I plan to use a custom book binders in Brighton that I once used for the artwork for one of my albums. I want the book to be a beautiful object in itself. It will also be illustrated, as much as budget allows. To help with this I will be asking for rare and candid pictures taken of the group by friends and fans. Hopefully most of these will be rarely seen.