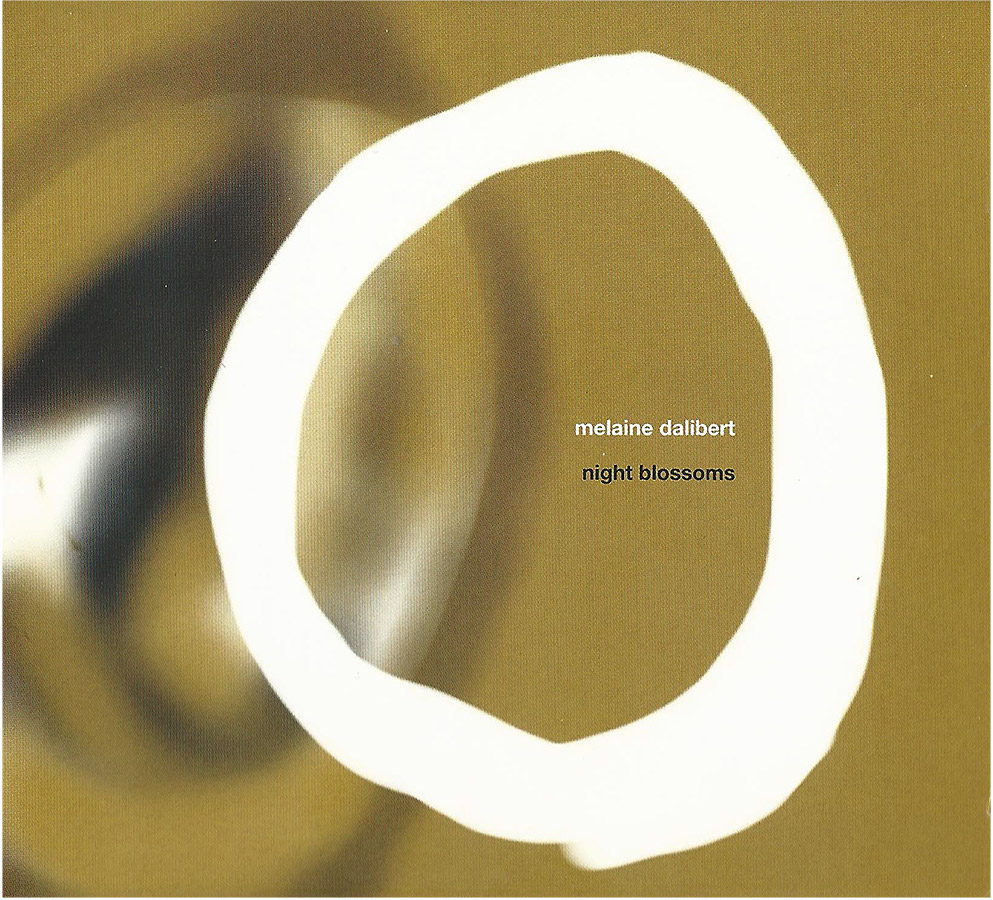 David Sylvian made sound contributions on 2 tracks of this album by Melaine Dalibert.
Album title and artwork by David Sylvian.

‘night blossoms’ is French composer/pianist Melaine Dalibert’s sixth solo album, consisting of new compositions from 2019-2021. Of the six pieces on this album, ‘A Rebours’, ‘Windmill’, ‘Eolian Scape’, and ‘Sisters’ were written around the same time as most of the pieces for his 2020 album ‘Infinite Ascent’. While ‘Infinite Ascent’ featured his intuitive compositions in a pop style, ‘night blossoms’ features works further developed with his algorithmic approach, which has been his long-term pursuit as a composer.

‘A Rebours’, which is a cousin to his 2019 piece ‘Litanie’, was written based on a binary coding of the retrograde sequence. ‘Windmill’ was composed based on a cellular automaton that generates patterns on a Lydian scale. ‘Eolian Scape’ is a toccata-style piece that makes a chain of different polyrhythmic states progressively integrating all the notes of the modal scale. ‘Sisters’, originally written for two pianos, takes the form of a canon, with the patterns of different periodicities superimposed, creating an undulating polyrhythm that gradually changes harmonic colors. The first three pieces were played on a muted upright piano to control the harmonic saturation which could result from the repetition of the patterns at a fast tempo, creating intimate colors.

The two pieces ‘Yin’ and ‘Yang’ are based on a random melodic thread running through the keyboard, with a zigzag of rising and falling musical intervals but following strict rules. Only the notes of the pentatonic mode of F-sharp mode (black keys) were played in ‘Yin’, while only those of the pentatonic mode of C (white keys) were played in ‘Yang’. Deriving from the same algorithm, these two pieces complement each other while having different forms.

“Since my composition of ‘ressac’, I had the idea in mind to add a kind of electronic shadow, supporting the long moments of resonance, as a free counterpoint to my most minimal algorithmic compositions.” (Melaine Dalibert)

The album title ‘night blossoms’ was conceived by Sylvian, who also contributed his artwork for the album cover, as he also did for all three of Dalibert’s previous elsewhere CDs: ‘Musique pour le lever du jour’, ‘Cheminant’, and ‘Infinite Ascent’.
credits
released June 11, 2021

all compositions and piano by Melaine Dalibert

artwork by David Sylvian
design and produced by Yuko Zama