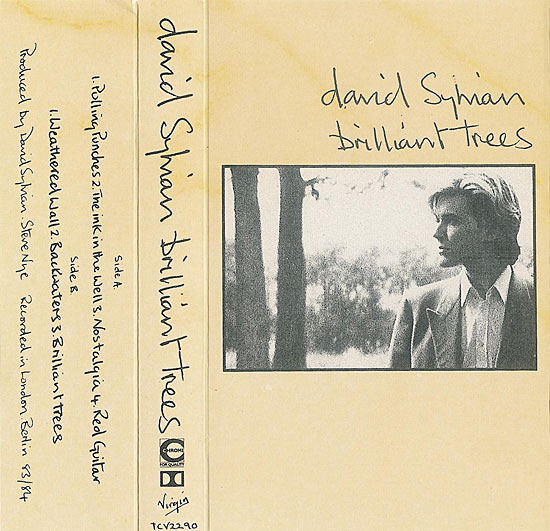 The cassette release of the first solo album.

The pictures show a few variations:

First release cassette TCV 2290, no barcode on cover, grey/black cassette with red writing
Second release cassette OVEDC 239, with barcode on cover, plain text for track listing, black cassette with silver writing
Japanese release VCW 1850 comes in a standard jewel cassette box witha cardboard sleeve which slips over the case. Inside it has a folded printed sheet (on glossy paper). On the front it is all in Japanese, on the back it is translated into English.
Also shown a remarkable issue from Italy, catalogue# VX72290.

Thanks to the Ozboys for the scan of the Italian release.

The Ink In The Well