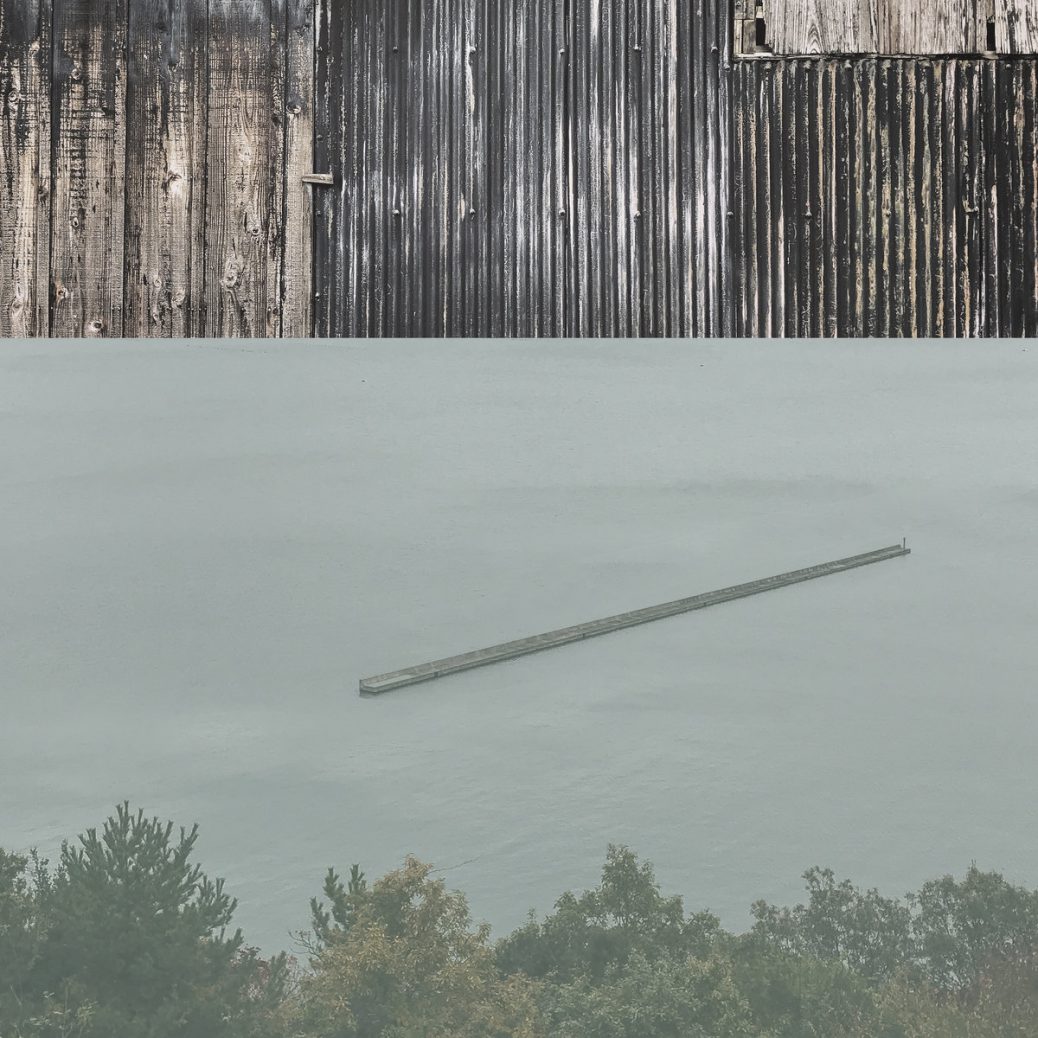 In July of 2013, the musician David Sylvian staged two simultaneously held photographic exhibitions in Japan, one (“Abandon”) at the Spiral Garden in Tokyo, and the second (“Hope”), in an abandoned building located in the port town of Uno as part of the Setouchi International Art festival 2013. The exhibitions dealt with the theme of hopelessness, its outcomes, effects on one’s life and how to move past it.

Sylvian asked Taylor Deupree to create music to accompany the exhibition; specifically, longer-form pieces that would be presented on a portable playback device for visitors of Uno to listen to while they walked around the festival. Not just at the “Hope” exhibition but throughout all the works presented in Uno.

Deupree created two pieces of music for the exhibition. The first, “Too Close To Being Far Away From Everything” combined elements of decay and beauty, common themes in Deupree’s work. Darker tones combined with small, broken noises echoed the themes of Sylvian’s photographic work. Distant voices and the sounds of human activity haunt the piece as the viewers explored the abandoned building where Sylvian’s photographs were hung. The second, titled “Reflections On An Inland Sea” offered a more shimmering, but still reserved platte of sounds. Guitars and bells try to break away from the darkness, carried off by the ocean air. A glimmer of what might be. This is music both without time and existing at multiple points in time. It is about ghosts and futures and the quiet overpowering of nature over man.

A special edition of two books along with the portable audio Playbutton were published by Hisako Motoo in Japan in 2013 and released in an edition of only 250. Beyond those copies, and those who were able to hear the music at the exhibition, Deupree’s music for “Abandon/Hope” has not otherwise been heard. 12k is happy to be able to present these two songs, as The Inland Sea, nearly 10 years after their release, to a wider audience and to bring awareness of the past exhibition.

Composed and Produced by Taylor Deupree, 2013
Published by 12k Music (ASCAP)
Re-Mastered at 12k in 2022
Thank You to David Sylvian and Yuka Fujii