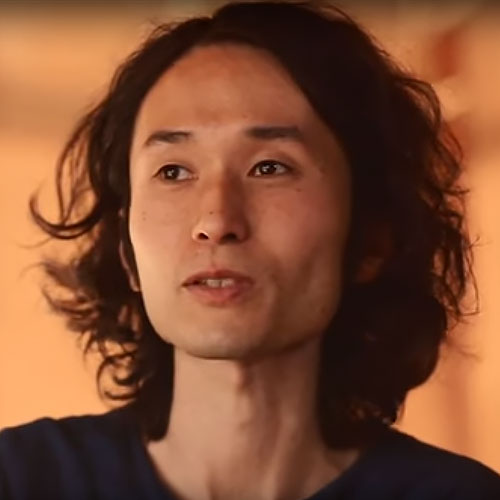 Takagi Masakatsu will be screening videos at the Kunsthalle gallery in Düsseldorf, Germany, on November 19th and November 26th as part of the exhibition Lido by Sylvian fans and artists Anny and Sibel Öztürk. Press release: 13th-27th November 2005

Opening: Saturday, 12th November 2005, 8 pm Lido A Project by Anny and Sibel Öztürk As a part of »Der neue Orient« (The New Orient) The play on cultural identity is the heart of the works by Anny and Sibel Öztürk (born 1970 and 1975 respectively). Originally from Turkey and now resident in Offenbach, the work of both artists examines the influences and structures of cultural background, more than just as a national culture or set of traditions, more than merely as a geographical locality. They emphasize the diversity of cultures and highlight the superficiality of stereotypical projections. Their works, drawings, objects, films and installations maintain a strong narrative character. The artists will present a two-part installation in the Kunsthalle entitled »Lido«. The exhibition opens with a series of drawings – some of them multi-part – in which pictorial and textual narrative supplement one another. In numerous individual stories, the artists tell of childhood memories, in which their parents’ tales about Turkey became a counter world to the everyday world of the Federal Republic. Here the parents tell – first of all in Eberbach and then in Offenbach of the 70s – of their migration to Germany, that is to say, they tell of 1950s and 60s Turkey. This counter world can be discovered in holidays at the grandparents’ or aunties’ houses and holds in all its differing perceptions, customs and aromas, but also social traditions and received value judgements, its own formative fascination for the artists. Having followed the course of the drawings in the first part of the exhibition, one arrives at a door above which the illuminated sign »Lido« hangs resplendent; next to it, a text which recalls a (remembered) scenario of a place. The text is about Turkish lakeside confectionery shops, of ice cream, open-air film screenings, grandfather’s hand, being a child in the summer. All of this authenticates the place captured in the installation as a pictorial refabulation of individual memories. Armed with this information, the observer carries it with him/her into the space and is able to feel the palpable subjectivity of these memories. It is dark and warm behind the door and smells of summer. A path illuminated by late 50s’ style spherical lights meanders through the greenery past a tea garden to a lake with a wooden jetty. The moon hangs above the water, cicadas are chirping, strange aromas waft through the air, colourful lanterns glow brightly and the sound of Turkish hits from the 50s and 60s can be heard in the distance. Visitors are confronted by the description of a diversity of specific cultural determinators, which appear to mark a particular place at a particular time. However, in so doing the installation is in no way diminished by this illustration of a private sphere. In quotations and associations from film images, such as scenes from Hollywood films like »Roman Holiday« or »Houseboat«, the overall design of the place takes on a more generalized tenor. The tradition of Turkish hospitality, which Anny und Sibel Öztürk stress in their pictorial narratives as the most important aspect of Turkish culture as transmitted by their parents, is brought to the forefront in a variety of ways in the installation. Several artists have been invited to present their films, performances or audio pieces in the exhibition, including works by Ayse Erkmen, Sandra Mann and Takagi Masakatsu. On the final day of the exhibition (27th November 2005), visitors will be personally received by the artists as their guests with homemade Turkish dessert specialities and Turkish live music. (Rafael von Uslar) Sponsored by: Kunst- und Kulturstiftung der Stadtsparkasse Düsseldorf