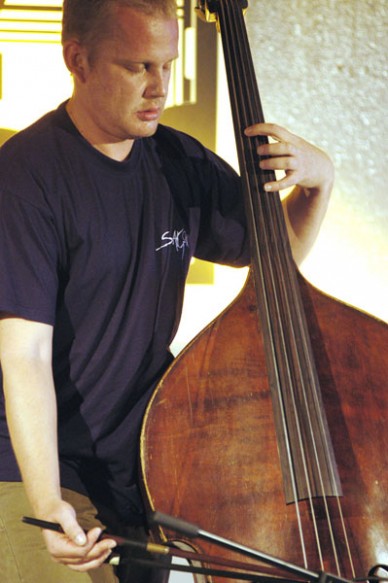 Werner Dafeldecker is an Austrian double bassist and guitarist.

During the 1990s he was involved in many many collaborations but never released albums under his own name. (Susanna Heilmayr on oboe and viola, Bernhard Spahn on alto saxophone, Hans Steiner on bass clarinet, Klaus Peham on trumpet and flugelhorn, Tom Varner on French horn, Burkhard Stangl on guitar, Michael Moser on cello, Werner Dafeldecker on bass, Paul Skrepek on drums)

Comprovisations I-X (july 1991 – Extraplatte, 1991) was a collaboration with Max Nagl on saxophones, Ned Rothenberg on alto saxophone and bass clarinet, Tom Varner on French horn and Burkhard Stangl on guitars.

Other collaborations included: Bogengange (october 1994), a bass duet with Uli Fussenegger; Printer (may 1999) with the other bassist Uli Fussenegger and turntablist Dieter Kovacic; Aluminium (april 2000), containing the 40-minute Rock And Roll, with guitarist Dean Roberts; etc.

Wrapped islands (january 2002) was a collaboration between Polwechsel and Fennesz.

Die Instabilitaet der Symmetrie (april 2002) was a collaboration with Brandlmayr, Nemeth and Siewert.

Archives of the North (may 2005) was a collaboration between tenorist John Butcher and Werner Dafeldecker, Michael Moser and percussionists Burkhard Beins and Martin Brandlmayr.

(taken from The History Of Jazz Music)