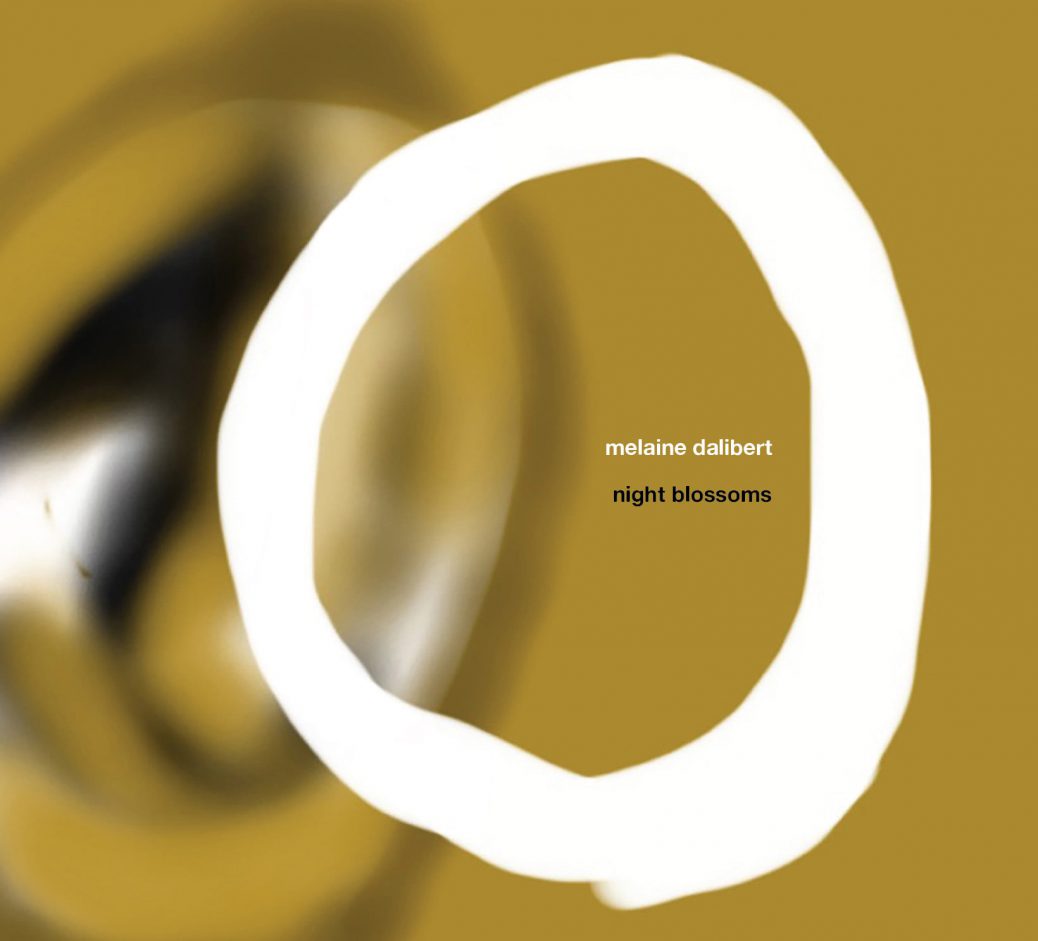 “The two pieces ‘Yin’ and ‘Yang’ are based on a random melodic thread running through the keyboard, with a zigzag of rising and falling musical intervals but following strict rules. Only the notes of the pentatonic mode of F-sharp mode (black keys) were played in ‘Yin’, while only those of the pentatonic mode of C (white keys) were played in ‘Yang’. Deriving from the same algorithm, these two pieces complement each other while having different forms.

“Since my composition of ‘ressac’, I had the idea in mind to add a kind of electronic shadow, supporting the long moments of resonance, as a free counterpoint to my most minimal algorithmic compositions.” (Melaine Dalibert)

The album title ‘night blossoms’ was conceived by Sylvian, who also contributed his artwork for the album cover, as he also did for all three of Dalibert’s previous elsewhere CDs: ‘Musique pour le lever du jour’, ‘Cheminant’, and ‘Infinite Ascent’.”

Pre-orders are now open at the links below.