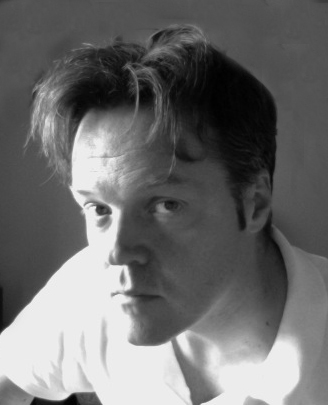 Chris Young, author of the David Sylvian biography On The Periphery talks to davidsylvian.net and answers a couple of questions.
The biography has been officially released on December 12th 2013 and can be bought directly at sylvianbiography.com

What made you decide to start such a comprehensive project?

Well first of all, I am a writer, so that bit was in place. I have also followed David’s career since the early 1980s. In common with many people, I liked Japan, but it was when I heard Brilliant Trees (some thirty years ago) that the deal was sealed. That album hooked me. I thought it was amazing, and I found the messages contained within it, the style of the music, the way that David sang enthralling.

It is difficult to remember the context within which that album was released, what else was in the charts, the “mood” of the Japan fans since the demise of the band, the feeling of expectation that surrounded David’s first solo release. But it delivered on every level, and today in my opinion remains as one of the most beguiling albums of its era.

So, I was a fan, and my interest grew and grew over the years. With each new release I became more and more interested in David’s increasingly innovative compositions. This ultimately led to David producing music in the free improv arena, and employing his art of “automatic writing.” This work was truly ground-breaking. Sometimes difficult to get into, but once there, fascinating.

What I saw was an artist moving to the periphery of the music scene, becoming more and more reclusive, but at the same time producing his best work. To an extent, however, I felt a bit starved of information to provide a context for David’s work, and it was this that led to the process of discovery and ultimately the publication of the book. What drove someone who was on the verge of fame and fortune in the early 1980s to devote himself with such determination and single-mindedness to a path of musical satisfaction but marginal commercial success?

So, I began trying to get to grips with the messages on the albums, the musical evolution that was taking place. I then spent a long, long time researching aspects of David’s personal and spiritual life that were relevant to the path of his solo career. Soon, a clear “story” began to develop, a structure and logic seemed to come into focus, and so it was that the book developed. I found it fascinating to research and write, and each time I fitted another piece of the jigsaw in place it spurred me on to find out more.

What resulted was a very extensive book which looks in detail at how all aspects of David’s personal, spiritual, and musical life have knitted together over the last thirty years, and how he has moved to the point where he is now from the place he started back in the early 1980s once he had gone solo.

All the travelling for research; did you invest the time and money for your hobby or for a possible profit on the book in the future?

It was my own money that I spent travelling and researching. In some instances I was able to combine trips with some work engagements (I have a career in writing and publishing), but mainly it was for the book alone.

You see, this book was not a commercial project for me when it began, and still primarily isn’t. It was conceived out of a fascination I had with David’s work, and I embarked on the process of research to find out answers for myself. My main reason for publishing is to share what I found out with the many many fans that David has who, like me, want to know more about the artist and the context surrounding his work.

While writing, I visited Japan, the States, and many places in the UK and Europe associated with David. The only reason for doing this was to get a feel for things. While it is not really what the book is about, it was important as I embarked on such an extensive project that I got out there and saw where he lived and worked.

It added such context, seeing the little attic window at the top of his home in Minneapolis which was Atma Sound, where Dead Bees on a Cake was conceived. Seeing the place in Sonoma where he moved before relocating to New Hampshire. And Temple itself, the environment within which most of the recent and profoundly introspective work was written and recorded. For sure, standing in Temple it was easy to see how this environment fed into the music.

It was somehow easier to write and interpret aspects of David’s life and work having seen some of these places. Gaining this insight was important.

I was in Tokyo in 2011 when the devastating earthquake hit Japan. The day before I had been at the Tokyo P3 Gallery in Shinjuku-hu where David and Robert Fripp had hosted Redemption – Approaching Silence in September 1994.

It was a truly terrifying experience, and to see the plight of so many people in Japan, I felt that it was appropriate to donate some of the royalties from the book to the Japan Society Earthquake Relief fund. They are still doing great work out there, and desperately need donations. It is something that means a lot to me.

Did you ask David (through his management) for some answers and did he cooperate?

I was in touch with Richard Chadwick at Opium (Arts) Ltd, but this project remains an unauthorised biography. As most people know, David values his privacy, and does not endorse or contribute to projects such as this that focus on him.

Richard was however extremely helpful, especially in the latter stages as I worked through the copyright issues. The book uses a lot of lyric excerpts where relevant to inform the story. This required that I obtain official permission from Opium (Arts) Ltd, and the copyright holders Chester Music Ltd, to publish. Richard was aware of the nature of the work, and saw it while it was a work in progress. He put his shoulder to the wheel to ensure that I navigated this process successfully.

Richard’s reaction was that they wanted the book published, and he thought that it would be of real interest, but that it would have to be seen to remain an unofficial and unendorsed independent work.

This is what I expected from the outset, and the book is written in such a way as to balance the need for insight with the desire for privacy. I have not gone down the route of reporting unsubstantiated gossip. Any ideas or theories that I suggest and indicate are supported in some way by facts. As such, I trust that David will appreciate it as a thoughtful and considered piece of work which assists his fans to understand his music more and more.

It is too early to say what the feedback from Richard or David is at the moment. Their copies will only just have arrived. But I feel certain that once they see the nature of the work in its finished form, they will see it as having merit.

Name one new fact from the book that wasn’t known to the fans before?

That is a hard question. It really depends how devoted a follower of David you are. The book has to appeal to everybody who has an interest in him, and as such, it needs to be comprehensive. For the typical fan, I think it will be crammed with new information. Feedback I am getting so far is that it is delivering new insight and new facts to many people.

Some people are very well informed about David’s career. For them, while I am certain that they will find new information, what they will definitely get is an interpretation backed by facts that I think spins the story of David’s career accurately for the first time.

What the book manages to do is to be absolutely comprehensive. It deals with every album, every song, every collaboration and unravels meaning supported by masses of researched material
to form the story of David’s life. A lot of this will be new to a lot of people as I can obviously look at the span of his career, and with the benefit of hindsight, I can see a coherence in the story that links the 1980s to 2013.

What questions do you still have and like to be seen answered by David or his management?

I guess like everyone else, I would want to know what the future holds. David is at another of those forks in the road that crop up so often in his career. The New Hampshire home (and the location of the SamadhiSound studios) is up for sale, and so there will be a new period of bedding down and settling into a new environment to come.

How will the move from New Hampshire affect his outlook and output? So much of his recent work was conceived in that remote environment, a place that allowed him the space and isolation to become more and more introspective, a necessary state of mind for him to compose.

We have been treated to some quite varied works recently as well. The Kilowatt Hour shows the path of free improv is still being trodden, but then we have the beguiling beauty of Do You Know Me Now and Where’s Your Gravity. Will David choose to follow one of these routes in particular, or indeed both? Will SamadhiSound survive as a label just focused on his work? Will he take to the road for a more substantial tour with Kilowatt Hour? Will he revist the Nine Horses project?

There is so much hanging in the air, so many loose ends. With David, these loose ends vary rarely get tied up in the way we would expect. That is what makes his career so intriguing.