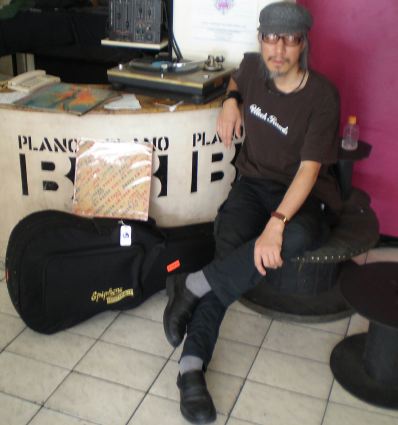 Akiyama formed the improvisation group Madhar in 1987, and the classical ensemble Hikyo String Quintet in 1994 (which also included Taku Sugimoto on cello). In 1995, Akiyama and Sugimoto formed a guitar duo, and played at venues in New York City, Chicago, and Detroit. During this time, Akiyama was also a member of Keiji Haino’s Nijiumu outfit. Akiyama also formed Sutekina Tea Time (a duo with Takashi Matsuoka) and Mongoose (a trio with Taku Sugimoto and Utah Kawasaki).