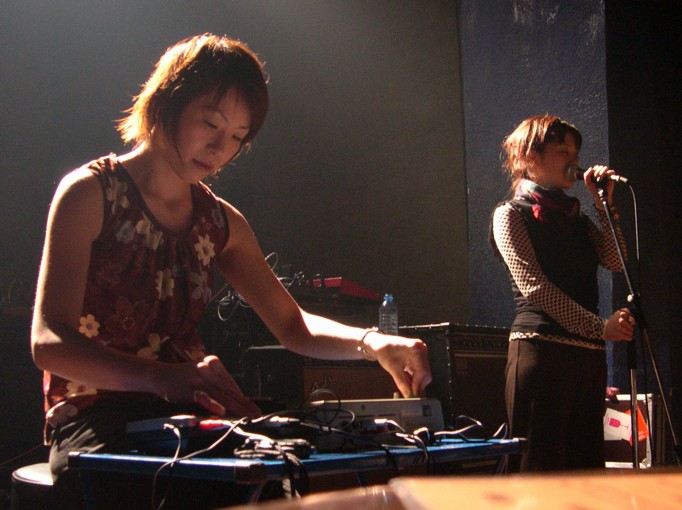 Sachiko Matsubara, who usually records as Sachiko M, is a Japanese musician, but she considers herself to be a “non-musician”.

She was a member of Otomo Yoshihide’s Ground Zero from 1994 to 1997, where she used a sampler. More recently, she has concentrated on music made from sine waves. Together with Toshimaru Nakamura, “a kindred spirit,” with whom she has collaborated and who plays the “‘no-input’ mixing board” (a board with the outputs connected to the inputs, thus producing feedback), she is considered one of the main representatives of the onkyo trend and the present day EAI-scene. She records for labels like Erstwhile Records.

She has collaborated with a variety of other musicians, including Otomo Yoshihide as part of Filament, with him and Yoshimitsu Ichiraku as part of I.S.O. and with Ami Yoshida, with whom she and Utah Kawasaki won the 2003 Prix Ars Electronica for digital musics for their projects Astro Twin and Cosmos.