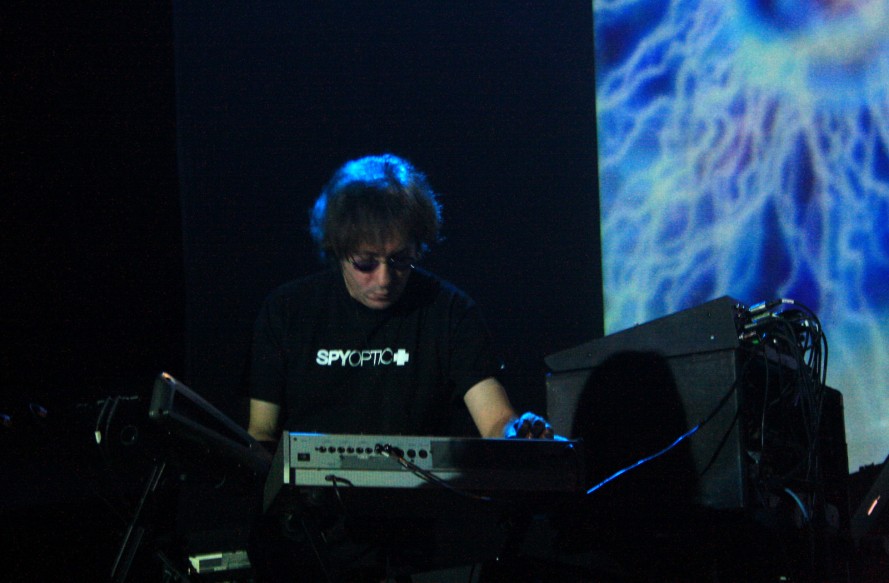 Richard Barbieri is the oldest member of UK electro pioneers Japan. And one might add the most overlooked as his stunning work has taken some of the post Japan albums to heights that may not have been acheiving without him. Particularly the nocturnal soundscapes of Stories Across Borders and his effortless textures on Changing Hands. After the break up Japan he lent his skills as a producer to bands from Sweden and Germany and continued a number of albums with all members of Japan including their reunion Rain Tree Crow in the early nineties. Since then Barbieri has performed with the underated UK act no-man (as have fellow cohorts Steve Jansen and Mick Karn). The collaborations have also bore many fruits including the 22 minute Heaven Taste and the ten minute single version of the mens Sweetheart Raw concludes a longer Barbieri tone poem. In 1994 he again proved his prowess with no-man’s vocalist Tim Bowness by producing yet another exquisite and well underated work – Flame. An album with his wife Suzanne (Indigo Falls) fared less well but it was with no-man’s other half that Barbieri found his second lease of life as a band musician. Steven Wilson’s nouveau prog rockers Porcupine Tree have gained enough ground to merit a deal with Atlantic. So it is in New York that Barbieri currently finds himself recording his atmospheric designs. A long way from Japan.