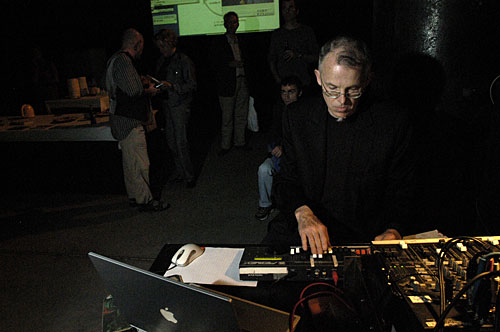 Joel Ryan (NL/US) is a composer, inventor and scientist – a pioneer in the design of musical instruments based on real time digital signal processing.

Studied with Jose Barroso (Mexican film composer and guitarist), Ravi and Lakshmi Shankar, Robert Ashley, David Behrman, and influenced by live concerts of John Coltrane. Collaborated with composers and artists including George E. Lewis, Malcolm Goldstein, Evan Parker, Steina and Woody Vasulka, and “Blue” Gene Tyranny. Has been creating digital sound processing instruments for live electronic music since 1979. Currently Director of Research at STEIM in Amsterdam, and Docent at the Institute of Sonology of the Royal Conservatory in The Hague. International performances.