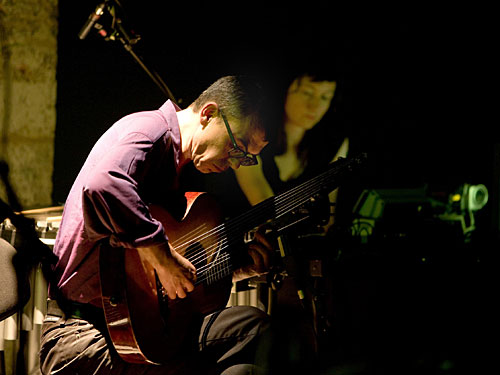 Guitarist Burkhard Stangl was born in 1960.

He studied classical guitar and music ethnology, and has composed an opera (Der Venusmond, whose 1997 premiere was performed atop the Empire State Building) in addition to releasing CDs on the Hat Art, Extraplatte, and Random Acoustics labels. At the end of the ’90s, Stangl was living in Vienna and performing as a member of the groups Polwechsel and Plus-Minus.