Home Articles and Interviews Transcripts The sweet sound of a good cause (The Japan Times, May 2001) 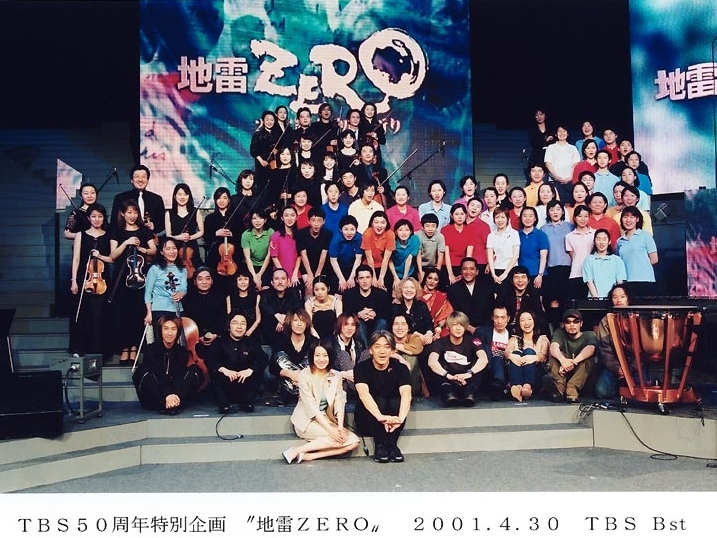 The sweet sound of a good cause by STEVE McCLURE

Historically, the Japanese geinokai (entertainment world) has been slow to catch on to the idea of the charity concert/release. But now Ryuichi Sakamoto, a la Bob Geldof and the Band Aid famine-relief project, has put together an impressive array of Japanese and overseas talents on a track called “Zero Landmine,” which is dedicated to raising awareness about the problem posed by the huge number of antipersonnel land mines still in place all over the world. Wars end, but land mines still kill and maim, and their victims are all too often civilians.

“Zero Landmine” is actually the theme song of a whole land mine-awareness campaign launched by Sakamoto in conjunction with the TBS television network. Publicity generated by a TV special titled “Zero Landmine: The First Prayer of the 21st Century” and broadcast April 30 has helped the “Zero Landmine” CD maxi-single sell 570,000 copies. This week it moved into the No. 1 spot on the Oricon singles chart.

Not bad for a maxi-single whose opening track is an uncommercially long 18 minutes and 27 seconds. All proceeds from sales of the CD go to land mine-removal efforts coordinated by U.K.-based HALO Trust. You can also make cash donations to the campaign (for details, see www.tbs.co.jp/zero/).

All well and good, but is the single actually worth a listen? I am happy to report that the answer is yes. The first part of “Zero Landmine” consists of a sort of sonic travelogue featuring snippets of music from different parts of the world where land mines pose a problem. A bit of “ethnic” music from Korea is followed by sounds from Cambodia, India, Tibet, Bosnia, Angola and, finally, a Mozambican children’s chorus. Quotes from the Dalai Lama and the late Princess Diana are judiciously placed within the context of the music, the basic tracks of which were laid down by Sakamoto and fellow Yellow Magic Orchestra alumni Yukihiro Takahashi and Haruomi Hosono.

The track then segues into the song proper, the music for which was written by Sakamoto, while the lyrics were penned by the ethereal-voiced David Sylvian, formerly of the cult band Japan. In contrast to his usual oblique, almost impenetrable lyrics, Sylvian has come up with words of crystalline simplicity that perfectly suit Sakamoto’s warm, delicate melody:

All sorts of musical luminaries lend their talents to the track. The list includes DJ Krush, Eye Yamatsuka of the Boredoms, Kraftwerk, Brian Eno, Arto Lindsay, Talvin Singh, Chara, Taeko Onuki, Miwa Yoshida of Dreams Come True, Motoharu Sano, Teru of Glay and (somewhat incongruously, given her rather low profile of late) Cyndi Lauper, among others. Sakamoto recorded the non-Japanese artists’ contributions in New York, where he lives, and then came to Tokyo to record the Japanese artists taking part in the project.

“Zero Landmine” is a near-total artistic success. True, I could have done without the nasal vocalizings of Kazutoshi Sakurai of Mr. Children (great band name, guys!), for example. And the chorus of the song is a bit too much in the saccharine-anthem style of the lamentable “We Are the World.” But, says Sakamoto: “This campaign was an experiment to see if CDs could act as tools for people, and I think it went well in that respect. I hope that this [campaign] will continue, without ending with just one [TV] program and one CD.”

One of my more cynical media colleagues points out that when geinokai types engage in charity or volunteer projects like this, the cause is always something noncontroversial and nonpolitical. It’s hard to imagine a Japanese backing an issue like Third World debt relief in the way Ireland’s U2 have, for example. But the land mine issue is political — the U.S., China and Russia, for example, have not signed the 1997 treaty to ban land mines (Japan, to its credit, has).

And, he and I both agree, it’s better than doing nothing.