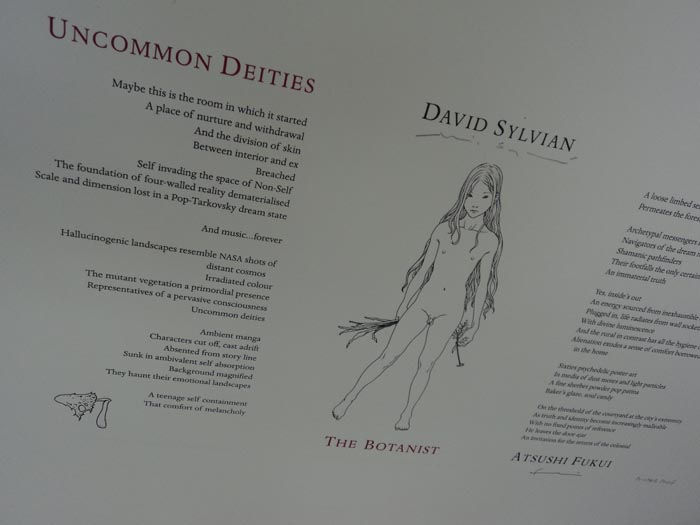 a teenage self containment
that comfort of melancholy

yes, inside's out
an energy sourced from inexhaustible circuitry
plugged in, life radiates from wall sockets
with divine luminescence
and the rural in contrast has all the hygiene of an appliance store
alienation exudes a sense of comfort borrowed from its origins
in the home

The text used for this broadside was originally written to accompany a catalogue for an exhibition of Fukui’s work which never materialised.  David Sylvian later sent the poem, entitled ‘Uncommon Deities,’ to the publisher Heavenly Monkey and requested Fukui create original artwork specifically for this edition.

The result is this beautiful handprinted broadside, limited to an edition of 30, signed and numbered by both artists, and 4 A.P. copies.