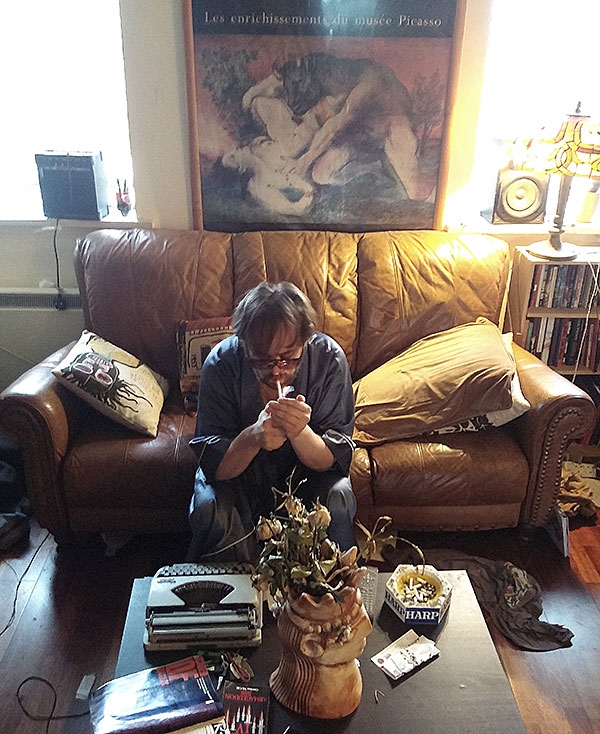 Anthony Reynolds, author of the upcoming book Japan A Foreign Place, was kind enough to answer a few questions for us.

A Foreign Place is a comprehensive biography of the influential band Japan by musician and author, Anthony Reynolds. Chronicling the rise and fall of one of the 1980s most respected and beloved bands, the book lifts the veil on the creative processes and personal histories of a fascinating group of introspective musicians whose activities have frequently been shrouded in secrecy.

Written with the full approval and co-operation of Richard Barbieri, Steve Jansen and Rob Dean, the book contains many unseen period photographs, as well as first-hand accounts of the band and its music from friends, music industry associates and musical collaborators

Who is Anthony Reynolds?

I was born in ’71 ; The Golden age of Aquarius. Conceived thanks to the Catholic church and delivered via the NHS…

Are you a fan or geek-fan of Japan? How did this happen?

Hmmm….’Strokes beard’… let me light my pipe….(Some moments later). I’m a huge fan ; that goes without saying. And I have a curious talent for memorising facts about Japan…I can quote from quarter page interviews in ’19’ magazine with Jansen/Barbieri from 1985.. but I’ve never obsessively collected everything they released; you know, 12 different editions of ‘Life in Tokyo’ or whatever, so I don’t think I qualify as a Geek… but I’m kind of an expert on them without trying. I have a limited knowledge of many of the facts of life; history, geography etc but can reproduce an obscure Japan quote like ‘that’. I’m kind of the Rainman of Japan. I love the music- that’s the bottom line; the playing, production, songs, arrangements…
How unique, beautiful and perverse they were.

I was vaguely aware of them as a child but only got into them after they had split up. In 1985 when I was 14, My cousin gave me a tape of ‘Tin Drum’.

Why writing this book?

Writing books are one of the ways I scratch a living..(some call it living) and it galled me that no decent book had ever been written on my favourite group.

How long did it take to make this book and how did you fund it?

It was funded mostly via kickstarter and with the help of Burning Shed and took me a year and a half to research and write. Another 6 months for proofing, editing, design etc.

What were your major resources?

Having Dean, Barbieri and Jansen on board helped. I also had co-operation from the producers, engineers, agent’s etc and a man called Nick Huckle, who went to school with the boys and then went on to work with Japan as tour manager etc. I also accumulated a vast collection of original cuttings and press- thanks to kind fellow fans who sent me their collections – and endless taped interviews and unpublished photos as well as this thing called the internet.

Who did the artwork and final editorial work? Was there help from fans involved?

Carl Glove at Aleph Studio who is the in-house designer at Burning shed did the artwork. (‘The perfect man for the job’ to quote Richard B) Yes, some fans contributed negatives from photo’s they had taken years ago and which lay in an attic until now…incredibly professional and beautiful photographs. Steve also contributed some as yet unpublished photo’s of his own.

It starts with their birth, (as humans) through childhood and up to the release of ‘Excorcising Ghosts’ in 1984. Everything they did musically between then -either as a group or as part of Japan – is covered in depth. Particular detail is given to ‘Tin Drum’ thanks mainly to the huge help of Steve Nye.

There was active help from members of Japan, except from David. How did you approach them and why do you think they participated?

I approached them via email. I then met Richard in person. I guess I came across as half mad in the best way. He then put me in touch with Steve. I met Richard (and his wife) several times later socially. I had many late night Skype’s with Rob : I remember in particular him showing me the chords to Quiet life and me playing along on my 12 string…

As to why they participated ; I can’t speak for them but am guessing they wanted to put their point of view across. Which they did quite unequivocally I’m glad to say.

Why did David not participate?

I don’t know. Out of respect, he was approached but I never believed he would take part.
I guess he stands to gain nothing from doing so ; it’s a period of his life he’s long done with and at the same time a period he’s talked about endlessly. And unlike his ex band mates he’s had extensive opportunity to put across his side of the story through the years. But again ; I can’t speak for him.

Is there any unique material in the book like images or stories from Japan members?

The book is NOTHING BUT previously unheard stories and unseen images….

You had help and permission for this book from David’s management. Can you give some information about your between you and them for us? Were they holding back or just very open?

I had no response from David’s management. I had done previously over the years for various things- an interview I did with DS in 2005 for example. As previously stated I did approach them asking of David wanted to take part. No response. I had two people pull out of the book- Bill Nelson and Danny Thompson and I suspect this was because David himself was not taking part. But that’s it.

Were there any obstacles that could not be taken?

A few people I would have liked to speak to were dead.

Do you know if David read it or will read it or has been informed about his management about the content?

Do you have some signing sessions in the country?

There are a few possibilities in the offing…

Are you going to send the book to Japan’s members and management?

I will be sending inscribed copies to Steve, Rob and Richard.

What is the ultimate goal of your work?

Bookwise- to tell a story by giving a voice to those that were there.

What can we expect from Anthony Reynolds in the (near) future?

I’m near completion of a Soundtrack for a film called ‘Adrift in Soho’. I’m three quarters through my third(?) solo album. My agent would like me to write a novel…A Dannie Abse project…

Where can we buy the book? 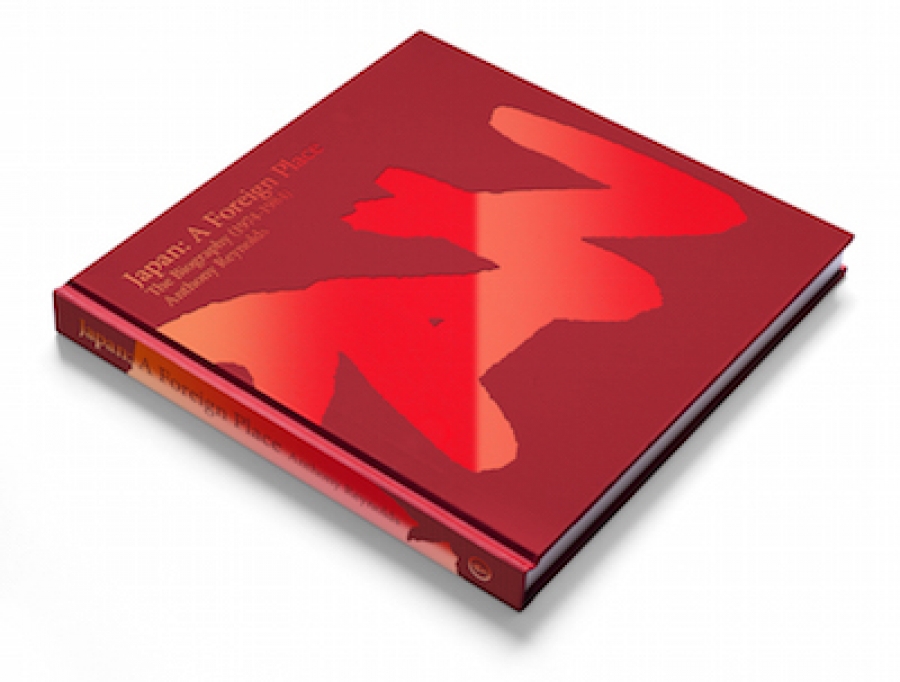