Home Articles and Interviews Transcripts The Day After (Jazziz Magazine, May 1994) 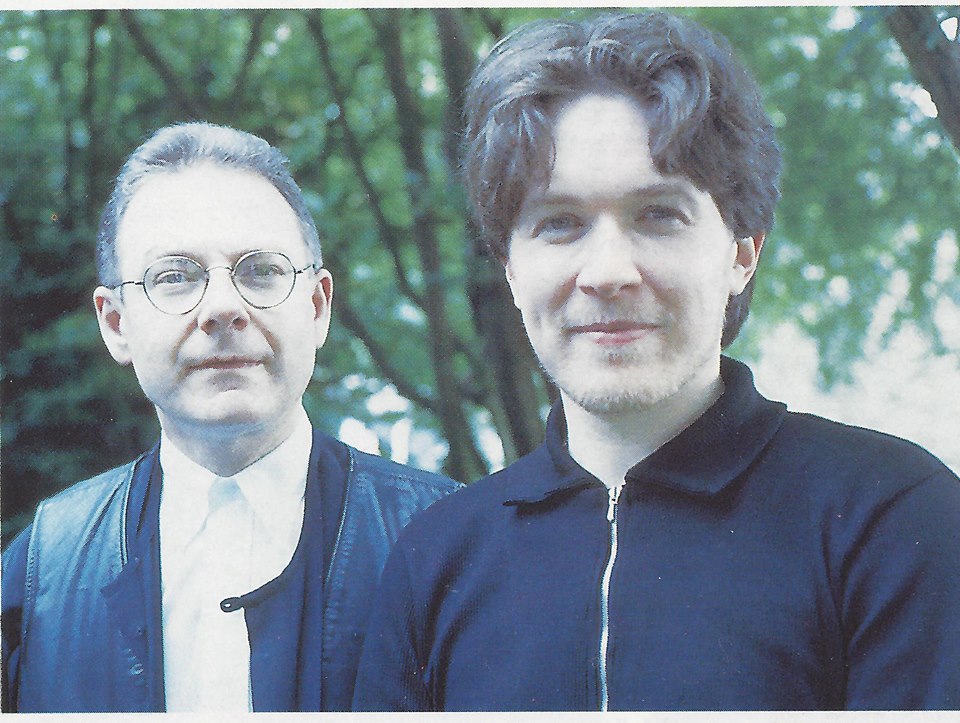 “The Day After” by John Diliberto (Jazziz Magazine May 1994)

Crisis as a source of art has always been romanticized in the West. You’ve got to suffer if you want to sing the blues, cut off your ear if you want your art to bleed, and endure the pits of depression if you want to leave something behind when they pull your head out of the oven.
David Sylvian is an artist who has to stare into the abyss before he can call up the muse. Every album he makes derives from emotional conflict and spiritual epiphany. His despair as the star of the haircut band Japan spawned his solo debut, Brilliant Trees. His spiritual examinations were revealed on Gone To Earth, and the album Secrets of the Beehive was a result of his psychological investigations. It’s obvious on The First Day, his recent collaboration with guitarist Robert Fripp, that he’s gone through some more changes.

“I would say the past few years were something like a spiritual and mental crisis for me, and I needed to work through that, and it took a long time to work through it,” he says quietly, his brown hair now discreetly short compared to the long stringy wildman look of the album’s cover shots. “Having begun to surface from the experience, I felt ready to write about it in some way.”
Robert Fripp, founder of the venerable progressive rock group King Crimson, was going through his own crisis. Part of it was personal, and part of it was centered around a financial dispute with his long-time record company, E.G. Records. He says it prevented him from focussing on music for over two years.
“For me, this was a situation of finding myself enmeshed in warfare, but also trying to find a way of right conduct in the middle of this. At the same time, my mother is dying…and my mother actually died about about four months ago. So the album in a sense was also about death, redemption, and all those issues which, as supposedly mature creatures, we deal with.”
The duo essay these themes with bristling rhythms and some of the most ferocious guitar Fripp has played in years. He mixes in layers of Frippertronic atmospheres and unleashed skysaw guitar. “Working on this project, and the album in particular, was a cathartic experience for both of us,” says Sylvian, “just transforming all of that negative energy into something far more creative and positive.”

Sylvian and Fripp began working together back in 1986 when the singer asked the guitarist to lay some sinewy leads and Frippertronics on the album Gone To Earth. Fripp invited Sylvian to be the new lead singer with the ever-reforming King Crimson, but Sylvian demurred. He suggested instead a collaboration which, following tours of Japan and Italy with Trey Gunn on Chapman stick, has resulted in The First Day. It’s an album born of live performance and improvisation from a group that brings spontaneous invention back to the rock stage like no other group since, well, King Crimson. On tour, Fripp was like the quiet neighbor you hear about after a mass-murder spree. Restrained and bespectacled as he sits on his stool, there’s nevertheless a roaring that erupts from inside his guitar. That invention and energy continued in the studio.
“Yeah, even the three pieces that were culled from the 92 tour were greatly expanded in the studio,” says Sylvian. “Working with a percussionist for the first time, the pieces just got stretched, you know, and they have very long codas now which were purely improvised. It was very exciting. The pieces that were written specifically for the album, in the studio, were based around drum samples and loops of one kind or another, then Robert, Trey, myself, and Marc Anderson would go out and improvise with these loops and rhythms and develop the pieces from that stage onwards.”
The First Day is full of jagged guitar lines and crushing rhythms. Anderson, usually heard with guitarist Steve Tibbetts, adds his melange of pan-ethnic percussion, energizing the extended jams. For Sylvian, it’s the most intense and bruising album he’s ever made. “I find it a more up front album than anything I’ve been involved with in some time,” says Sylvian. “It’s more confrontational in it’s approach. It’s not so introspective.”

Out of their personal chaos and conflict, David Sylvian and Robert Fripp believe they’ve created an affirmative work, despite the machine shop rhythms and slash and burn guitar. The album concludes with a soul-rendering piece that perhaps resolves the confusion both Fripp and Sylvian have been feeling for the last few years. At the end of The First Day, Robert Fripp is left on his own to sculpt a soundscape that seems to embody a heroic sadness and world-weary perseverance.
“The soundscapes are remarkable in that they are always true,” Fripp reflects. “You can’t hide a thing within them. If nothing’s happening, then obviously, you can tell that it’s only sound. But ‘Bringing Down The Light‘ makes me weak when I hear it. It’s stunningly personal and yet I think it goes far beyond me at the same time.”
“It’s a resolution to the album which is very hopeful and uplifting,” concludes Sylvian.