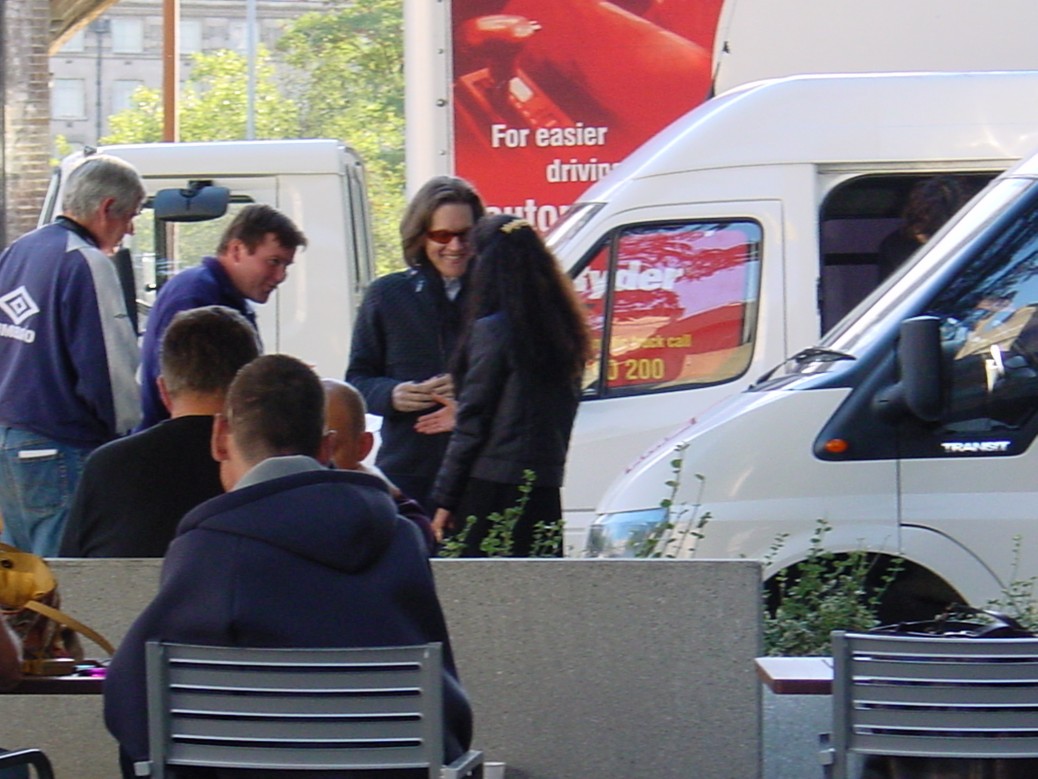 By Nick Coleman, 28 September 2003, from The Independent
David Sylvian, 45, was born David Batt in 1958 and grew up in Lewisham. He formed the group Japan with his brother Steve in the Seventies, enjoying a hit in 1982 with “Ghosts”. He was then designated “the most beautiful man in pop”. His first solo album, Brilliant Trees, emerged in 1984, setting the pattern for a career which has moved slowly and reflectively away from pop stardom towards a philosophical way of life and music on the east coast of America, where he lives with his family. His back catalogue is currently being remastered and repackaged.

Is it true to say you’ve spent your life trying to escape your childhood?

It wasn’t a happy childhood. The initial impulse was to get away from it, because then you can create enough distance to address it with a sense of safety. There was a conscious drive away from everything that childhood represented. And the impulse is still to run…

Is there something about English suburbs that upsets you?

Well, the landscape becomes a reference point for emotion. So, sure, to ride a train through the London suburbs would be a profound journey to take. It would cause enormous discomfort in me, but at the same time at this point in my life, enormous fascination – because I’m more fascinated in what discomforts me than comforts me. If you get to the point in life where you’re only interested in comfort, you might as well give up … [I do have] a desire to address everything that fills me with fear and therefore holds me back from experiencing life as it is.

Do you think you experience “life as it is” living in the States?

No. I think you take your baggage wherever you go. There’s no running away. There’s only an illusion of escape.

Did having children have an impact on your fear?

Yeah, it did, absolutely. I became far more forgiving of myself. I think the environment I grew up in was terribly unforgiving in many ways. And having children and seeing the world through their eyes, so to speak, enables you to re-experience your own childhood. Suddenly these things you’d completely forgotten come back to you with real clarity, don’t they? … But sometimes wounds go very, very deeply. You know, children don’t come into the world without baggage. They respond to the world in different ways. It’s set up, preordained, and no matter what the conditions they’re in, they’re not going to turn out alike. That is eye-opening. I obviously came into the world with particular baggage that did not allow me to adapt well to my environment.

Pop music is a pretty good career if you’re interested in escape, disguise, that sort of thing. What do you think you’d have ended up doing if you hadn’t been a pop star?

I don’t think that I would have survived.

What made you so unhappy?

I don’t think I can go into that.

Which of your projects do you look back on most fondly?

Probably Brilliant Trees – there was such a sense of adventure there, making one’s first solo record, meeting those wonderful musicians for the first time in a place alien to us all – Berlin – having never spoken a word to any of them before … That sense of dislocation – it frees up the minds of the musicians and brings greater commitment from them as players.

Your music is quite dislocating in effect – do you need to feel a sense of personal dislocation to feel good?

Interesting. In my younger years I’d have to say yes, it was true – hence the game-playing and the absence of myself in my own work. But over the past 20-odd years that’s not been the case. I’m trying to get into the greater reality: the essence of the moment. Once there, time stretches, as in dreams. There’s a profundity that changes your perspective, your level of awareness and your appreciation of what’s actually going on.

The music never seems to rise above walking pace…

Hah. Well, I’ve always been drawn towards slower tempos. Even with Japan, I’d bring a song into rehearsal and my brother would go “Jesus, can’t you write something a bit more up-tempo?” But no, I just could not go there. Hmm. I guess I want to be mesmerised. I don’t want to be provoked. And if you rise above a certain tempo, it’s provocative. It’s insistent – you are now going to feel this way… I want to engage listeners, seduce them.

Do you see yourself as a seducer in life, or a seductee?

I think the work is seductive. Whether it’s the timbre, the grain of the voice, the context, the sounds used within the composition… yeah, there’s an element of seduction there for sure. But I like to be seduced also. I like to be sold on something, drawn in against my will. So if I’m seduced into something, I’m often very grateful to find myself in an entirely different landscape.

Was the recent album with Derek Bailey [Blemish] a train trip back to Lewisham?

Absolutely. It was everything I couldn’t face head on in real life. I went in the studio, shut the door and delved deeper than I had to, into emotions that weren’t profound to begin with. Like hate for instance. The level of hate I was experiencing wasn’t that intense, but I wanted the challenge of finding out what that felt like. It was like automatic writing.

What are you currently reading in bed?

I’ve been focusing on poetry for a while now – poetry and books on spiritual practice.

Do you ever get weary of the effort of being the person you are now?

Oh, if it was an effort to be what I am now I’d be on the wrong path entirely. I’d be screwed up. The only way it can work is that I am being, without effort … Breathe in, breathe out – and it’s all there and you can let go of everything else.

‘Brilliant Trees’, ‘Secrets of the Beehive’, ‘Gone to Earth’, and ‘Alchemy: An Index of Possibilities’ are reissued this week by EMI