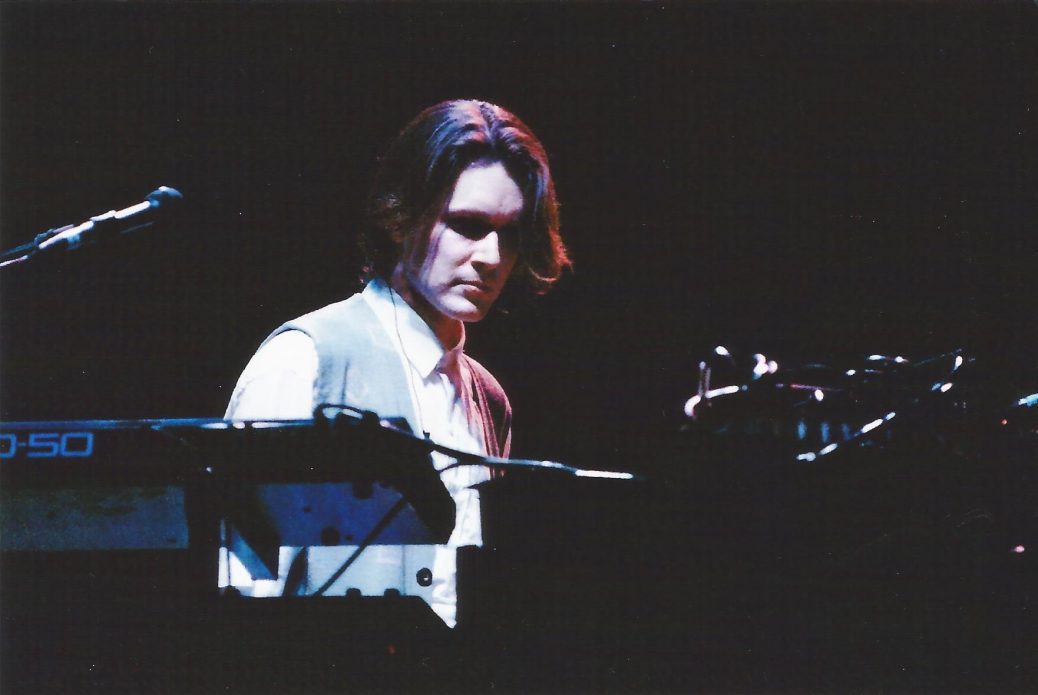 Sylvian Gives the People What He Wants
BY RICHARD CROMELIN
APRIL 5, 1988

Say you’ve come under the melancholy spell of David Sylvian’s richly atmospheric music–an autumnal wash of strings and electronics, with the singer’s low, tremulous voice roaming through the soundscape in search of the very essence of emotion.

You find it’s great for the length of his current album “Secrets of the Beehive,” and even works through the entire course of its two-record predecessor, “Gone to Earth.” But when you bought tickets for his first Los Angeles concert (tonight at the Wiltern Theatre, as part of the UK/LA ’88 Festival), you figured Sylvian would lighten the load a little–punch up some arrangements, maybe throw in a rock tune from his days with the glam-art-rock band Japan, tell a few jokes.

“I don’t like catering for an audience . . . trying to give them what they want, trying to anticipate what they want,” a sober-sounding Sylvian said during an Easter Sunday phone interview from his hotel in Boston. “I think that’s the wrong way to approach it. I think you have to find what gives you the most pleasure, and then hopefully you can pass some of that on to the audience. I’d hate to have to fake it just for the sake of dynamics.

“There’s nothing flash about the show. It’s just performing the kind of material that I like. I know some of the popular pieces have been left out just because I didn’t enjoy playing them in rehearsal. I’ve just chosen material that suits this group, suits my frame of mind.

“I think if you start the whole show in a certain way, people understand maybe where you’re heading. Besides that, the audience that is coming along is very receptive to that mood. Maybe they understand something of what I’m trying to do with music and have been quite open-minded about what they’re being presented with.”

That audience figures to be a cross-breeding of underground rock followers who’ve kept tabs on Sylvian since Japan disbanded five years ago, art-rock sorts who are busy these days keeping track of everything arranger Ryuichi Sakamoto works on (including the “Beehive” album), and even New Age types drawn by the presence on “Beehive” and in the touring band of trumpeter Mark Isham, one of the original stars of the Windham Hill roster.

In fact, that New Age tag has cropped up frequently in connection with Sylvian’s music–and the introspective Englishman can see why.

“It’s a very easy category to throw me into,” he observed. “The music generally isn’t aggressive and therefore they define it as easy-listening, and they think I could belong to that category. And also some of the philosophies of life that I speak about they think may bear some resemblance to New Age.

“I find that generally, what New Age set out to achieve . . . in that the work should have a specific function and induce a certain state of mind in the listener, I tend to think that it fails, quite badly. . . . They approach the work on the intellectual level rather than the creative level. I think that somebody like Brian Eno . . . and people that have worked with him for some time–Harold Budd, Michael Brook, Jon Hassell–in many ways achieve the aims of the New Age group far more profoundly than New Age itself.

“If you want to put me into that category, then I’m happy to fit alongside Brian Eno, Harold Budd and so on. But if you’re putting me alongside the general catalogue of New Age then I’m very unhappy.”

Unhappy is a condition that many Sylvian fans presume their hero seeks–how else do you explain the haunting, sometimes harrowing, reflections of isolated souls that fill his albums?

Sylvian, 30, admits that he’s shy and antisocial, but claims that he’s attained contentment after working his way through a post-Japan crisis period.

“I became very interested in trying to understand my, for want of a better word, spiritual nature, and where my values lie as far as belief and so on,” said Sylvian. “I read a great deal and met a lot of people that had an influence on me, but I still haven’t found a particular form or a group that I could say I belong to. That’s probably the most important thing in my life, and I suppose the work is a byproduct of that experience.

“I enjoy a certain amount–well, a great amount of anonymity now, and I wouldn’t part with that for the world. I really enjoy the life style I have now. I feel far more relaxed, and I have a greater sense of awareness of myself and the world around me than I ever had before.