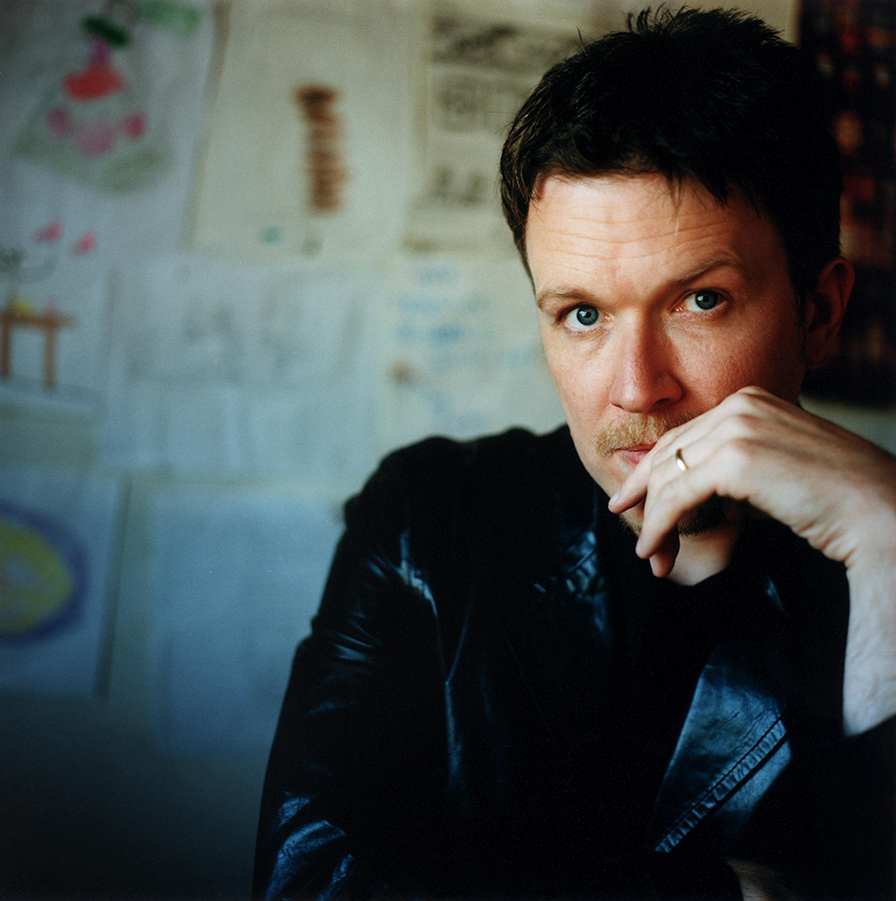 by Dominic Maxwell, October 2000, believed to have been published in Time Out magazine.

David Sylvian dips into his back catalogue

David Sylvian doesn’t own his own recordings. Not an unusual situation for a pop musician, of course — it’s standard music industry practice for artists to sign over copyright — but a key part of his motivation to put together ‘Everything And Nothing’, a new two-CD compilation of album tracks, collaborations and hitherto unreleased material.

‘I’ve been with Virgin for 20 years now but there ‘s no way of knowing if I’ll be with them three months from now,’ says the man whose appeal has become rather more selective since he disbanded Japan 18 years ago. ‘l thought this was a really good time to get to grips with this material, because should we part ways I’ll no longer have access to it.

If Sylvian feels insecure about his future on a major label, he certainly still looks the part. His body is still, teeth perfect, torso shrouded by the sort of buttoned-up, shiny black jacket that only nightclub owners and pop stars dare wear. He’s wearing shades too, but speaks with a good humour that doesn’t survive transcription. Hearing him talk about waiting for money to fund the reworking of early tracks and album offcuts, waiting for record company approval to do the collection his way — more like an enthusiast’s C90 than a Greatest Hits collection — is a reminder of Clive James’s remark that pop stars either have more money than you could imagine or less than you ‘d think.

But what he’s lost in commerciality he’s gained in consistency: what’s most striking about listening to these 29 tracks, arranged out of chronological order, is the congruence of the songs he’s recorded since 1982. A gem like ‘Weathered Wall’ from 1984 sits comfortably alongside last year’s edgier ‘Godman’ — far more so than it would with any Japan material. He’d clearly reinvented his act the moment he went it alone. ‘Yes, there was a period just after the group broke up when I felt for the first time in my life, “This is solid ground and I feel that I belong here.” And I haven’t sidetracked, I haven’t gone off on a tangent. Basic themes were set up then which I’ve been pursuing ever since. I couldn’t have done that with the pressures that were on Japan.’

The hits dried up almost immediately. ‘l realised that there was going to be a very small audience interested in what I was doing. I thought, well, it’s the kind of music that might get passed around from person to person— “have you heard this?” So I knew it had to have some sort of longevity.’

The stubbornness persists: he’s had two top 20 hits without Japan, neither of which are included here. ‘Forbidden Colours’ is missing for copyright reasons, but ‘Red Guitar’ has been kept off simply because he doesn’t like it much. It’s no great loss: nobody’s going to agree with absolutely all of the choices, but he is a fine judge of his own material. Also including collaborations such as Sylvian/Fripp and Rain Tree Crow (a Japan reunion under a ‘don’t-buy-me’ moniker), rarities and newly completed offcuts from albums, this is both the perfect starting place for newcomers and a treat for fans.

There are also two tracks to lure unreconstructed New Romantics. ‘Some Kind Of A Fool’ is a ballad left unfinished while recording ‘Gentlemen Take Polaroids’. ‘No matter how we felt about it, it deserved a hearing, ‘ says Sylvian. ‘It’s one of the weaker links on the album, but I felt… why not?’

The other Japan track is a reworking of their biggest hit, ‘Ghosts’. The new vocal is a far cry from the Simon Le Ferry contortions that Sylvian, hidden under a peroxide-blond fringe and half an inch of slap, made his name with. And that’s one of the great pleasures of this collection: realising what a solid, unshowy singer Sylvian has become. The backing may be just a dobro or it may be full-on chamber pop, but the lad from Lewisham — now resident in New England — doesn’t wally around like he used to. Not that his viscous croon will ever be everyone’s idea of unaffected, of course…

There’s action behind the brown lenses. ‘This is the least affected I can be! Going back to the older material, the level of artifice is astounding. My career has been a conscious move away from that – no histrionics, no melodramatics, just sing the song. It’s taken me a while to get there. ‘
Dominic Maxwell
‘Everything And Nothing’ is released by Virgin on Mon.