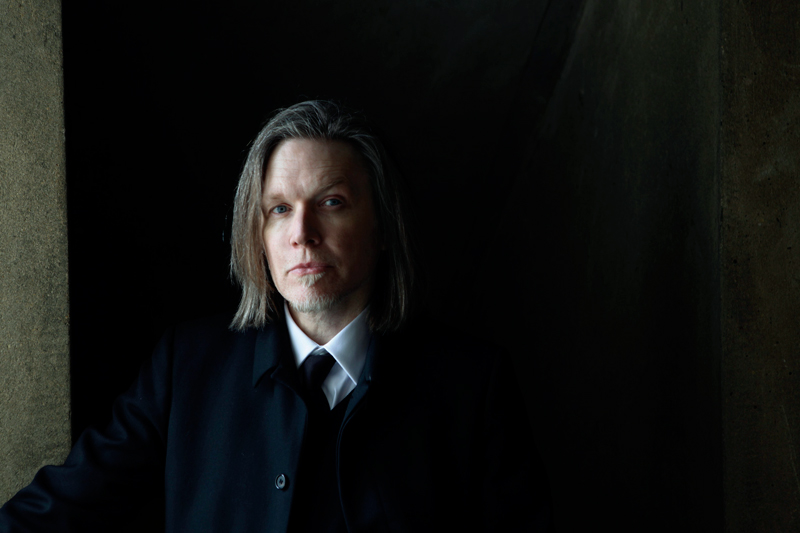 A Q&A posted on the now offline davidsylvian.it site, September 2009

Gianluigi: Let’s start with a query: how does an artist such as yourself feel with regard to a group of forty-somethings (average age) who one day decide to open and run a site dedicated to him?
David Sylvian: The notion is rather abstract, as far removed from my reality as mine from yours, but I’m grateful that the work has touched you in such a way that you feel motivated to do something that brings you closer to like-minded people.

Gianluigi: What has always fascinated me about your career as a musician is the profound difference between the instrumental and the vocal output. I’m thinking for example of “Secrets of the Beehive” and later works with Holger Czukay, but also of more recent works such as “Nine Horses” and the successive “Naoshima”, which I consider to be a masterpiece of its genre. “Blemish” would seem to be the only exception and suggests a meeting point between the two worlds. Will the future be taking Blemish further or will your music again explore different dimensions?
David Sylvian: With the follow up to Blemish I’ve further explored some of the compositional innovations introduced on that project although, sonically and thematically, it’s a somewhat different album from its predecessor. Whereas with Blemish I worked primarily alone, all of the pieces on the new recording are based upon group improvisation.

Cristiana: In Blemish you took us by the hand and lead us into an empty room, asking us to confront certain emotions which normally we would have preferred to avoid. Then you took us into the snowy world of Nine Horses; during The World is Everything concerts you gave us difficult, subtle yet beautiful pieces such as Playground Martyrs, The World is Everything, Sleepwalkers where the words are very bitter, and recently we have been able to appreciate the splendid Before and Afterlife. Where are you taking us, David?
David Sylvian: The process of writing is one of self exploration and, occasionally, innovation. You don’t always know where it’s leading but you do generally have an idea, an inkling. More often than not there’s a gestation period during which things gradually become clearer, more defined, and this continues right up to the moment when the writing begins in earnest. I don’t think a writer can profess to knowing, in an intellectual manner, how the process works but rather tries to exist is a state of perpetual preparedness.

Kitaj: When Blemish was coming out you said that you were interested in the idea of the song for the 21st Century and that Blemish was a step in that direction. Before hearing the new album I’d be interested to know how far you’ve gone in this direction. Is it possible for you to conceptualise this project like Jon Hassell with his ‘fourth world’ idea or, in the current state, is it just an intuitive thing?
David Sylvian: I’m not a conceptualist. Most of what I do comes from an intuitive desire to pursue a particular course. I guess you could also say that the compulsion to push forward, to evolve, develops in part from a dissatisfaction with the past. As with most people, as I change and evolve so my relationship to my own work and life, my perspective on them, changes. When creating new work there’s a desire to speak with a greater eloquence of those same things that have always preoccupied me as a writer but also, to give voice to new developments and insights. There’s an attempt to speak on any given subject in a manner that’s true to our times. The context is contemporary but the essence is possibly timeless.

Quy: In one interview you said that Blemish and SBS are two sides of the same coin which complete each other: one represents the individuals intimate side whereas the other his social side. What was the inspiration for the new recording?
David Sylvian: Something a little more abstract that the concrete emotions that formed the foundation of those previous recordings. In the early stages of writing the material I sensed that the best way to deal with the complexity of emotions I wanted to address was to write in the third person. This approach allowed me to take liberties, gave me greater flexibility and objectivity. If I were to speak generally I might say the overriding themes are the poetic imagination, creativity through acts of destruction or erasure, faith and disillusionment.

Krishna blue: Samadhisound has the characteristic of taking great care of the technical / sound side of its recordings just like other labels such as Ivo Watts-Russell’s 4AD or Norway’s Rune Grammofon, if not of an even more superior quality. The stereo and the ears are grateful for this excellent work done by such a young and promising label but how much care and work is really necessary with respect to other labels which are much more standardised?
David Sylvian: It’s a question for the individual artist rather than the label. With samadhisound we take care of all artwork and design concerns but the quality of the audio itself comes under the jurisdiction of the artists in question. Most artists these days are working with small budgets compared to those enjoyed by artists signed to major labels of the past. But the accessibility of recording technology has made such extravagant budgets unnecessary, a thing of the past. This enables individuals to work on their material until they feel they’ve taken it as far as they can. If we allow ourselves to take for granted the refined sensibility of the artists and producers involved for a moment, then it’s this freedom and liberty that accounts for the quality of the work appearing on smaller labels.

Alex2222: The relationship between yourself and the Italian public has always been very strong. What do you think this is due to? How do you think that your Italian audience takes your work?
David Sylvian: I’m sorry, this isn’t a question I feel qualified to answer.

Krishna blue: On your site there are several images you’ve taken yourself, many of which showing details of objects and places. What makes you take photographs and catalogue things in this way?
David Sylvian: My approach to taking photographs is quite pragmatic. Colour, form, multiple planes and surfaces, all appear to play an important role in the more successful compositions but my attraction to these elements is, for the most part, of an intuitive or purely aesthetic nature rather than theoretical. I also tend to attribute importance to what falls outside of the frame. I embrace the lack of context and the process by which we re-contextualise and so create narratives, where narrative is pertinent, drawing on personal references and associations. Having said that, I tend to feel most satisfied with the photographs when they’re purely and simply about colour and form.

Dani: Is there any moment of the day you feel particularly inspired to write music? I mean do you find yourself waking up in the middle of the night to write down music or lyrics that come into your head?
David Sylvian: There’s no particular time of the day or night that I find more productive for writing than any other although, I’ll admit that I find it hard to approach song writing in the early hours of the morning regardless of my sleeping habits. In this respect, afternoon, evening, and night are far more likely to prove productive. Mornings are put aside for letter writing, texts and essays.

Cristiana: Each one of us tries to enrich our own personal world through our choice of books, films and music which we feel to be closer to our own personal nature. Who and what do you prefer?
David Sylvian: I tend, most frequently, to lean toward literature and film although music and the visual arts certainly play an important role in my life. In film there are a number of very talented directors coming out of East Asia at present whose work I enjoy. South America also has some extraordinary talent. My taste in literature is varied. I’ll avoid naming names but my reading habits tend to focus on the classics of Europe, mid to late 20th Century American, and contemporary poetry from the world over.

Gianluigi: What will the future be as far as live concerts are concerned? I think many of us are worried that there may be the possibility of you giving up touring which, correct me if I’m wrong, have always held a bitter/sweet taste for you.
David Sylvian: I’m uncertain as to my future touring plans. I shouldn’t say more for fear of misleading.

A History of holes: What gave you the confidence to start singing when you were younger – how did you know you could and how did you (and do you) cope with your social phobia?
David Sylvian: The writing came first. The next logical step was to flesh out those songs with others and so slowly, over time, a band was formed. Before you know it you’re standing centre stage trying not to panic and remember how it is you got there, why you wanted it in the first place, and recall the next line of the lyric. Maybe the desire to sing and perform was driven by the survivalist in me? But then again, I knew of nothing else that excited me as much. However, the greatest pleasure was to be found in the writing process and, later, the recording. Performing live was something of an adjunct to these other activities. This hierarchy of priorities still exists for me.
Social phobia is an odd thing. I find it far more difficult to be in large or small gatherings than to perform on stage. When on tour a mindset kicks in which generally allows me to cope with the social part of the endeavour but there’s no guarantee of that, it isn’t always the case.
Gianluigi: I would like to wind up the interview by quoting a post form our youngest friend Riccardo Zanichelli. He is 15 years old, he loves your music and writes: “I don’t have any question in particular but I would just like you to let David know that his music is alive in the heart of a 15 year old, whose spirit is constantly enlightened by the musical poetry of his works”
David Sylvian: Beautiful. Thank you very much indeed.