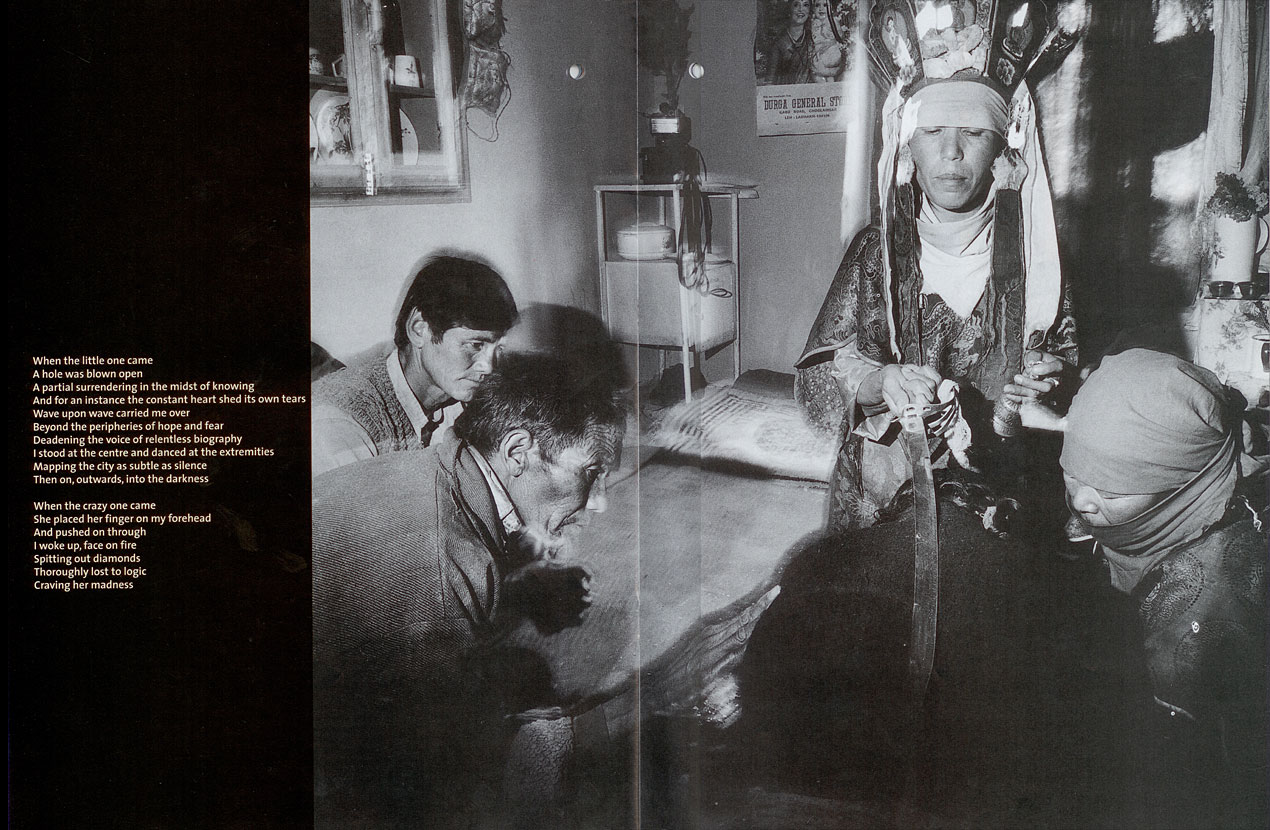 When the little one came
A hole was blown open
A partial surrendering in the midst of knowing
And for an instance the constant heart shed its own tears
Wave upon wave carried me over
Beyond the peripheries of hope and fear
Deadening the voice of relentless biography
I stood at the center and danced at the extremities
Mapping the city as subtle as silence
Then on, outwards, into the darkness
When the crazy one came
She placed her finger on my forehead
And pushed on through
I woke up, face on fire
Spitting out diamonds
Thoroughly lost to logic
Craving her madness

The poem was also published in Janus magazine, July 1st 1999. The article is called A Shaman’s Song By David Sylvian and Carl De Keyzer.
Janus magazine is a free magazine as delivered with the Belgium paper De Standaard.