For The Love Of Life 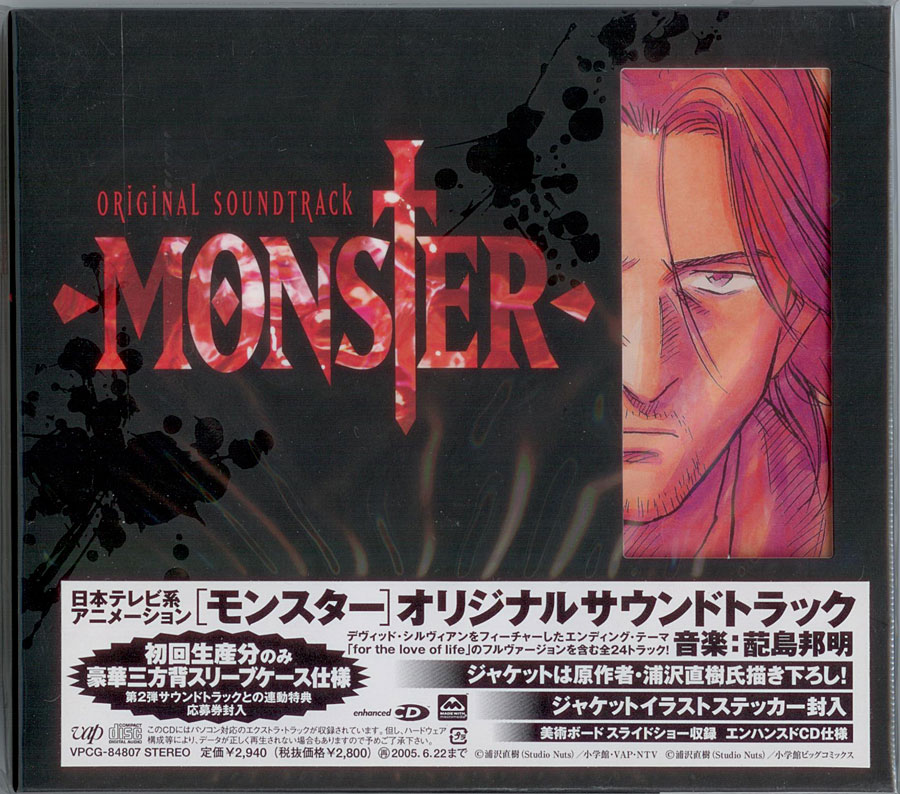 And slowly, you come to realise
It’s all as it should be
You can only do so much

And what of the children?
Surely they can’t be blamed
For our mistakes?

That hiding space
A lonely place

How can the right thing be so wrong?
I’ve found mistakes
Where they don’t belong

For The love Of Life is the title of the track that David wrote for animated TV version of one of the most successful Manga comic series ever printed. “Monster” is the work of acclaimed Manga author Naoki Urasawa. The animation series starts on April 6th in Tokyo and its surrounding area, while in other areas it starts on April 12. It was limited to Japan only.

David wrote in the booklet:
I was attracted to the Monster material by the moral dilemma faced by its central character.
The calm surface of the music giving way to darker undercurrents signifying the conscience of the lead protagonist and the themes of morality, fate, resignation, and free will.
David Sylvian