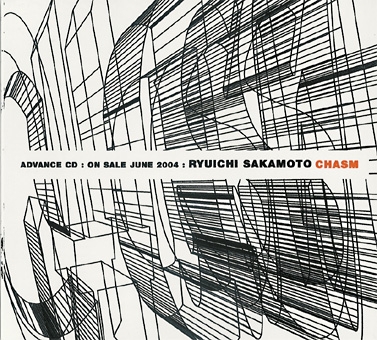 Rare promo of Chasm released only in the US!

On the back, a small liner-note is printed:
RYUICHI SAKAMOTO (REE-OO/EE-CHEE SA-KA/MO-TO)
A founding member of Yellow Magic Orchestra, Sakamoto’s impact on the electronic music scene was solidified with his 1980 release, B2-unit, which included the seminal single riot in Lagos.
His career in film launched with the score for Merry Christmas Mr. Lawrence, and his score for The Last Emperor earned him an Oscar & a Grammy.
Chasm, Sakamoto’s 15th solo release, will be available online June 2004. www.sitesakamto.com