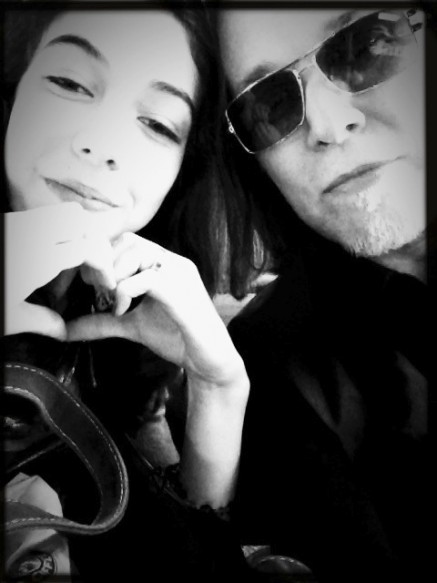 Question for Intoxicate magazine on the subject of Sleepwalkers.

From where did the idea of this compilation came from and why now?

After leaving Virgin Records and starting my own label, samadhisound, I found more offers for collaborative work started coming in. Virgin used to limit my involvement with other labels and musicians or put unreasonable demands upon the artist/labels in question so maybe when that situation changed it opened me up to a greater number of offers? But I also relished my new found freedom and began to initiate communications with a variety of musicians to see where they might lead. Many of my collaborators have worked with me in one form or another outside of the examples collected here. Takagi san provided visuals for my 2003/04 tour for Blemish. Burnt Friedman had previously provided me with remixes of my work. My brother Steve, and good friend Ryuichi have been at my side for decades now and so on.

I decided to release the compilation now because there was a body of work building up which extended beyond the confines of one album. I wanted to present the best of them under one umbrella, that of my name, so that people would now how and where to seek these pieces out.

What was the criteria of the selection of the tunes?

It was a matter of how much I related to the material itself. How proud I was of the result.

How do you place these collaborative works in your creative career? I assume you would not consider it merely a as a side-project.In another words, in what way is it important that you continuously keep collaborating with others. How does it affect your own music.

Collaborations happen for all kinds of reasons. I personally take on a collaborative project if it fits one of the following criteria:

a) takes me to a place musically Ive not been before or would not think of going outside of this particular invitation to collaborate.

b) I have an interest in the work in general of the a artist in question so the first collaboration is a means of testing the water in the hope that more will follow.

c) The collaborator is a long-term friend whom I trust completely and will therefore not question the notion of the collaboration itself only the motivation or the direction etc.

d) A debt of gratitude for services rendered to me on a previous occasion.

Since these collaborative works are not always under your total control, I assume that it may occur sometimes that the outcome of the work would be different than what you have expected and may not match with your aesthetics. does that kind of thing happen sometimes and if it does, how would you react to that?

It happens sometimes but quite rarely. With anyone I have a longstanding relationship with its not an issue. When it does happens it tends to be an offer that comes to me out of the blue and over which I extend little, or no personal control (with many collaborations theres often a courtesy given of allowing your collaborator to hear the final results for comment prior to completion).

In such cases I react with mild disappointment but its the collaborators aesthetic that guides the work and that ultimately has to be satisfied. (this is a little more like being employed as a vocalist rather than a full bloodied collaborator. Ive avoided this kind of work for almost a decade now as it basically doesnt interest me on any level).

Although the songs that you have selected here seems quite varied in terms of sounds and musical background of the participating musicians, the album seems to have a unity as a whole. Was it difficult for you to put these varied pieces and put them in a sequence? did you have any particular idea or image of how you put them together?

It wasnt a difficult album to sequence. I had more than enough material to play with and those pieces that were sonically a little difficult to place, I remixed.

According to the question above, why did you decide to name this album Sleepwalkers.

Because thats how I felt regarding the tracks in question, that they were sleepers, tracks many people didnt know existed. My orphans, lost, used and abused. It was time to take them in and care for them.  Let them get to know one another.

Its also the title of my favourite track on the cd itself.

Can you describe about the visual image of the album jacket? whos work is it and, why did you choose it.

The work is by the young woman featured in the images. Her name is Kristamas Klousch and these are a selection of some of her many self portraits which is what she specializes in. Choosing a cover image is an intuitive process for the most part. I see something and it resonates with me. For some  reason she epitomized the title of the album for me. A gorgeous, beautiful, exotic, erotic, orphaned creature who was playfully
reinventing herself with each image but which also reflected a familiarity with the darker aspects of life, of being.. Theres trouble and complexity beneath the surface of beauty.

In these ten years in which these songs are recorded what was the biggest event that affected your music. And how did it change you.

Id have to say it was the end of my marriage that had the most profound affect on me. It changed me in every way imaginable but not all for the worst. No, not at all.

Do you have anyone in particular in mind that you wish to collaborate in the future?

Im currently producing new work with Dai Fujikura whos enormously talented and a great pleasure to work with. Id also like to write some  more with Martin Brandlmayr with whom I wrote the title track.