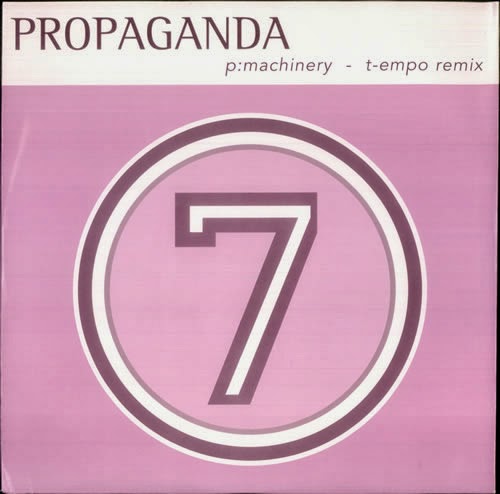 A simple keyboard melody chimes above - contributed by David Sylvian, and not unlike one of Japan’s – ushering in the verse, Brucken’s voice intoning lines about a post-human society in which “on joyless lanes we walk in lines / a calm but steady flow”.

Sylvian’s contribution as given by Sylvian himself:

“I contributed the keyboard melody and response at the beginning of the ‘p-machine’ I think the piece was called plus a few other minor ideas here and there. I can’t be more precise as my memory of the sessions aren’t clear plus the pieces were recorded over more then once I believe so although the ideas remain my performance of them may not. I did restructure a piece for them arrangement wise…can’t think of the title, don’t have a copy of the album. It did finally give them a hit single I believe but I wouldn’t swear to it.”