River Of Love – A Documentary On The Life Of Ammachi 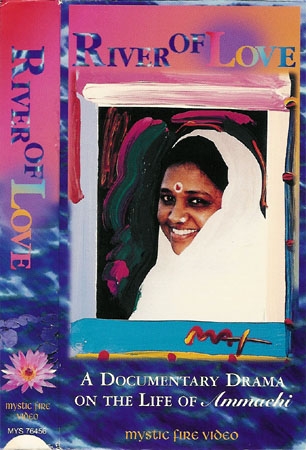 River of Love is a documentary on the life of Ammachi, David’s spiritual teacher. During the video, several tracks of David can be heard. According to myself (could be wrong though) parts of Preparations For A Journey, Awakening, Plight and Answered Prayers can be heard. His work is quite prominent on the video.

The film consists of a drama and a documentary of Ammachi’s life nowadays.

The interesting part is the final credits. Besides M.J. Greenberg, David is also listed as Musical Director.
According to David himself, his role was really limited to his own work and that of advisor.
On Ammachi’s website, the video (dvd) is no longer available.