Home Articles and Interviews Online The evolution of horses (September 2005)

The evolution of horses (September 2005) 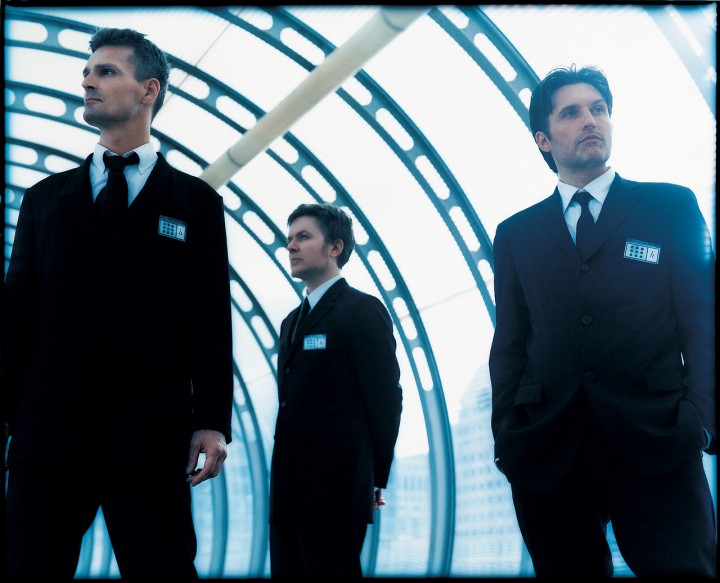 by David Sylvian as published on Nine Horses website

God, it gets increasingly difficult to place events firmly in time. I’m trying to recall how this project got started. I’m not entirely convinced of the dates nor of the intervals between but it seems that Steve and I started writing together in the late summer or fall of 2002, at least that’s what the dates on the digital photographs appear to tell me. At first we were using the writing as a means of exploring some of the newer technology in the samadhisound studio. The writing took off in all kinds of directions whilst we searched for common ground, passions, interests. Progress was slow as the tools were still new to us but other than that the writing came relatively easy. I remember heavy snow, shoveling heaps of the stuff from the short walk to the studio every few days or so. Around Christmas Keith Lowe came to spend time with us, working in the studio on electric and acoustic bass, bringing his unique brand of seasonal cheer and the best ginger cookies in the world to share with our families. About two months after he left us for his home in Seattle I felt compelled to get to work on a project that seemed pressing and asked Steve if it would be ok to take time out from our project for about 6 weeks or so. It was during that time that I wrote and recorded ‘Blemish’. The work took off at a creative tangent, it lit a fire under me, and I must admit I worried if I would ever be able to return to the material Steve and I had started together. As I worked on setting up the samadhisound label, designing website and cd artwork etc. Steve returned to the studio to work on some ideas of his own.

It must’ve been around late May 03 that we went to Stockholm to record Stina’s contribution for ‘wonderful world’. I’d known Stina’s work well since her first release in the early 90’s. I occasionally thought I perceived a dialogue of sorts running back and forth in time and space between aspects of her work and my own. Maybe this was confirmed by the first thing that Stina said to me on meeting? I can’t be sure, but I remember the time spent with Stina was filled with good humor and laughter.

As ‘Blemish’ and the label seemed to take off in ways we hadn’t really foreseen or been prepared for so my time became increasingly absorbed in these matters. Soon there was a tour being discussed taking Steve and I further and further from the work we’d been doing together as a team. Steve continued to work on new material for a solo project from his home in London and in the States whilst I undertook the writing/recording of the ‘world citizen’ ep and a series of sessions for friends prior to preparation for the tour.

On the European leg of the tour (Oct 03) we met Burnt Freidman for the first time at our concert in Koln. I’d been listening to Burnt’s work of late and had been enjoying it a good deal. When the chemistry between Steve and I lacked fireworks in the studio I often thought a third element would be beneficial to the proceedings and oddly enough it was Burnt who’d come to mind during those times. That evening we spoke of working together at some point in the future. We used Burnt’s remixes of two of the ‘Blemish’ tracks to test the water and things developed from there.

The second leg of the ‘Blemish’ tour (April 04) saw us performing in Russia and Japan. I returned to the States via London and Koln where I met with Burnt once again. By this time he’d already sent an 8 track CD-R to me containing ‘demos’ in various stages of completion. These ‘demos’ contained contributions from musicians located all over the globe. Speaking of them as demos doesn’t do them justice. Burnt has already done a considerable amount of work on these pieces to bring them to their current state. The idea was that I’d respond to a few of these pieces over time, my contribution to an album project instigated by Burnt, featuring Jaki Liebezeit. The night before Burnt and I met I sat in the Koln Continental hotel and finished the lyric to track 4 on the CD-R he’d sent to me. It was the first piece I’d attempted. It was to eventually become ‘a history of holes’. I now felt certain the collaboration could work.

Over the next few months I delivered five completed vocal recordings to Burnt and left it at that. About two months later I heard Burnt’s mixes for the album. I was a little taken aback as the pieces had been stripped back to their barest bones with my vocal floating very much to the fore. All traces of group interaction appeared to have been jettisoned. For my money these pieces needed to be approached from a different perspective. They needed to be built up, they needed dynamics, group interaction. The demos had, on the whole, suggested large scale accompaniment. I wanted to salvage that notion and build upon it. Also, Jaki’s drumming often felt at odds with the direction the songs had taken. As luck would have it Jaki wasn’t all that knocked out by my contribution to his album with Burnt anyway. I asked Burnt if I might take a crack at reworking the material. He magnanimously consented and sent me the sound files to work on.

I made guitar, keyboard, and vocal additions of my own. I asked Steve to replace Jaki’s patterns with something entirely his own (often in a different time signature from the original) and to add percussion where they’d previously been little or none. As I’d been layering my own voice on these recordings I took things a step further by adding male and female backing vocals to a number of the tracks. By this time I’d already grasped the opportunity of bringing the best of what Steve and I had done a year ago into this project. Both Steve and Burnt were quick to give approval. The challenge was finding and sustaining the coherence, the continuity. This was certainly helped by Steve’s contributions to the songs I’d written with Burnt, also by some of the musicians who were added to the mix. Steve brought in Theo Travis who helped sustain some of the dynamics that were present in the original demos that Burnt had sent me but which were somewhat incomplete now that the pieces had developed into full blown songs. Later, when I was back in the US working on the material alone I came across a track Steve had recorded while I had been preparing ‘Blemish’ for release. It was a beautiful and striking track with three distinct segments which, once completed, developed into the title track for the project. Later still I called on Arve Henriksen and Ryuichi to contribute to a few of the pieces Steve and I had written that called for greater orchestration.

Steve and Burnt were involved in other projects as I passed the time labouring over details, editing, mixing. Once the work was as close to completion as I could take it on my own Steve joined me in the States to rework some more of the drum programming, adding more finesse, more dynamics to the final tracks. We took the mixes a stage further together before he had to return to London but there was still a lot of work to be done. I continued mixing the material emailing Steve my efforts for consideration and comments. The mixes weren’t always that easy or straightforward particularly the tracks I’d written with Burnt.

Three years after the project was started, after a long and protracted, but not uninteresting, evolution, ‘snow borne sorrow’ finally leaves our hands. We have never discussed the future of nine horses as a band. In time it may prove interesting to try a new project with an entirely different approach. Options, good to leave them open.