Promise (The Cult of Eurydice) Instrumental 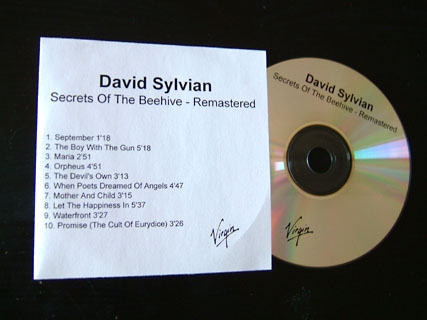 This track was initially released on the advanced promo CDR of the remastered Secrets Of The Beehive release (September 2003).

Obviously accidently, as the final tracklisting of the Secrets remastered album was the vocal version as featured on the Japanese version of Secrets Of the Beehive.

It was already known that there was an intrumental version. There is someone (sound engineer of the recordings in the Wisseloord Studios in Hilversum, the Netherlands) with this track on tape (besides this one also the illustre original Ride ;-). It seems that during the Secrets Of the Beehive sessions in the Wisseloord Studios, this track was originally recorded as an instrumental piece and spreaded to the musicians on a demo tape. David added much later the vocals.