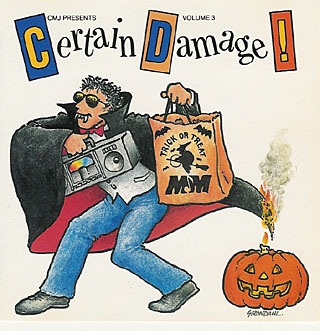 LONG out-of-print compilation CD released in October 1987 by College Music Journal (CMJ) as part of their on-going “Certain Damage” series. This is volume #3 in the series, a very rare and hard to find edition in this highly collectable series! The “Certain Damage” series catered to radio and retail outlets, not the public at large. Today, the Certain Damage series continues (with upwards of 115+ volumes at last count), but today’s Certain Damage CDs, with their continued focus on radio/retail, largely lack the AWESOME songs that appeared on the very early volumes (like this one!)

Promotional release only. Not for sale. Made in U.S.A.